Attended by Ministers of State, International Embassies and representatives from the Armed Forces of BiH, they were treated to a multi-national parade of fully integrated soldiers.

During an opening address, the Commander of EUFOR, Major General Reinhard Trischak said;

“The preparation has been conducted in close cooperation with the AFBiH, the Law Enforcement Agencies and the respective ministries and without this cooperation, the Exercise would not be possible.”

EUFOR reserve troops have arrived from Austria, Bulgaria, Greece, Hungary, Italy, Romania, the United Kingdom and KFOR to join and integrate with their colleagues from EUFOR’s permanent Multinational Battalion, before deploying to locations across BiH for the duration of the exercise. Every soldier entering the country has followed strict quarantine and COVID testing regulations in accordance with International, BiH and EUFOR rules.

“We have signed this week an agreement which gives EUFOR renewed momentum to continue moving forward with our partners. Cooperation and liaison with the Armed Forces of BiH will endure.”

During the exercise, troops will be tested by a series of un-alerted scenarios to examine their response and ensure the intensive integration programme conducted at Camp Butmir is successful.

EUFOR Operation Althea is currently made up from forces of 20 nations with a mandate to support BiH and help maintain a safe and secure environment. 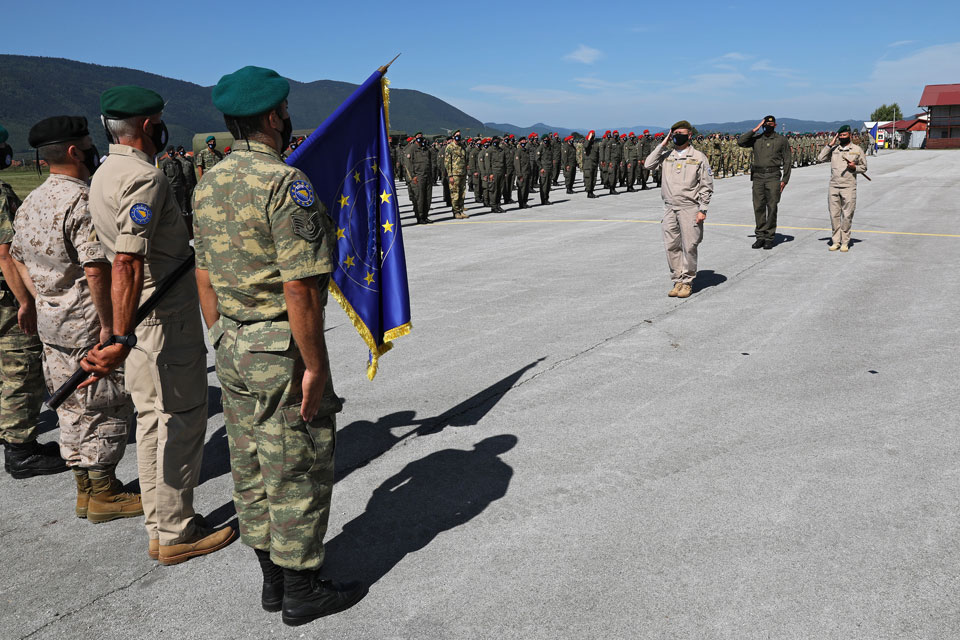