COM EUFOR, Major General Reinhard Trischak had the pleasure of hosting BiH Ministers and BHMAC representatives today at a demining site near Kalesija 120km north of Sarajevo. The delegation landed in the area close to Tuzla by EUFOR helicopter and were able to witness demining operations first hand.

Minister of Civil Affairs Ankica Gudeljević and Minister of Defence Sifet Podžić were joined by Saša Obradović of the BiH Mine Action Centre for the day. EUFOR demining and explosives expert Lieutenant Colonel Markus Haider explained that the Land Release system of demining being used to clear the estimated 928 km² left in the country is working faster than previous strategies.

EUFOR now has a training and advisory role for mine clearance with the BiH agencies deploying their expert teams to clear the affected areas. International donors contribute to the humanitarian demining effort within BiH by supplying detection tools and heavy equipment. COVID-19 restrictions have made demining activity very difficult this year with EUFOR also planning to restart its Mine Education Teams when schools resume in September.

“Land Release is the future for the removal and disposal of old mines and it underpins our continued progression toward a safe environment. COVID restrictions have hampered this work for several months so the resumption of mine clearing activity, gives us collective direction.”

BiH currently has 478 active Land Release demining projects containing an estimated 182,000 mines. Employing this approach to demining will shorten the overall effort of clearance and make better use of the funds available. 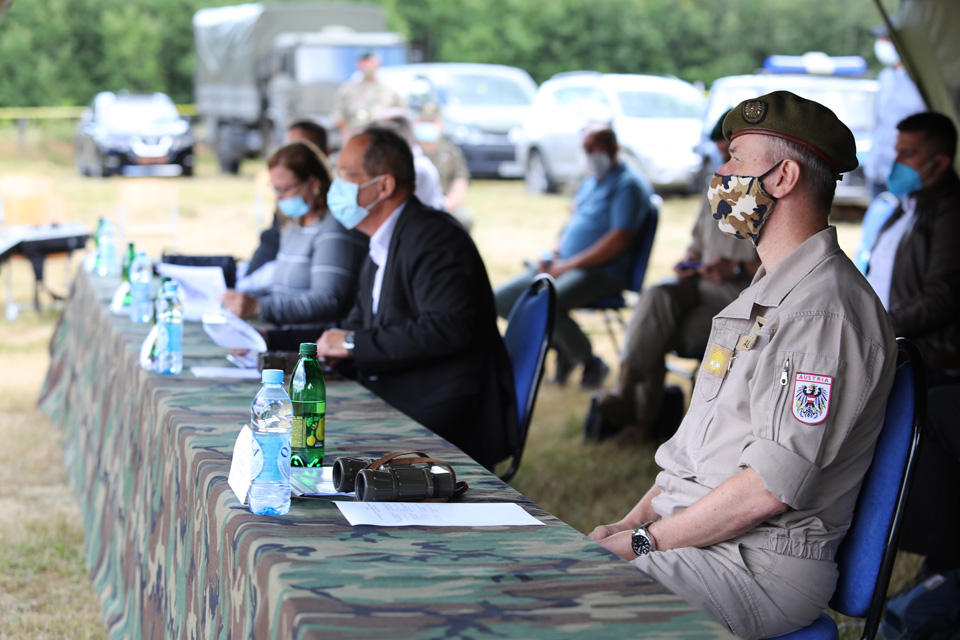