On Wednesday Commander EUFOR, Major General Martin Dorfer, presided over an international Medal Parade at Camp Butmir. Soldiers from 6 nations were decorated with the European Union Common Security and Defence Policy Medal 'Althea' in recognition of their service in Bosnia and Herzegovina. 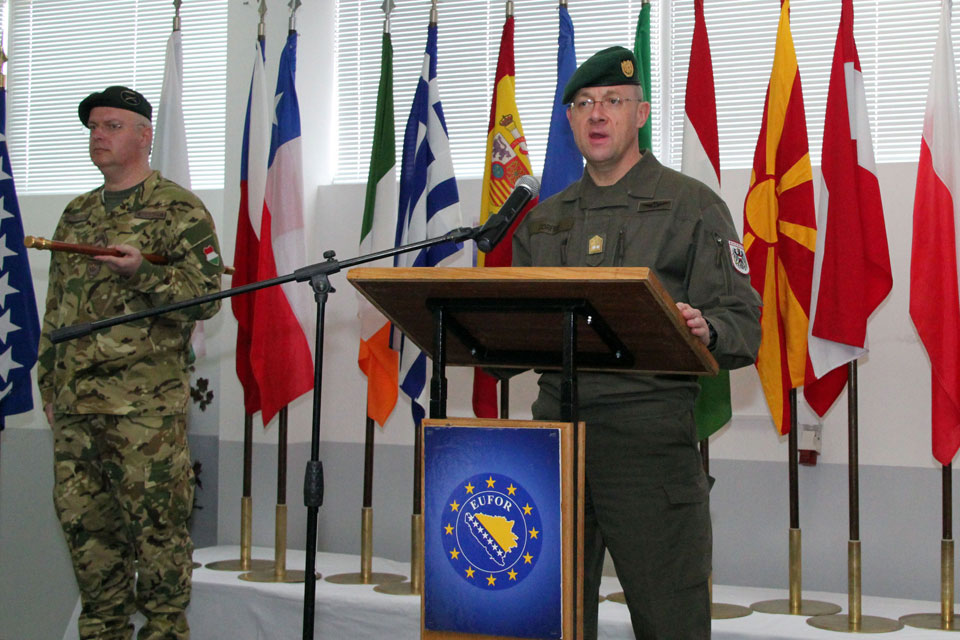 Lieutenant Colonel Krzysztof Buc of the Polish Army took the salute on behalf of the 44-strong parade from COMEUFOR at the ceremony.

Addressing the soldiers on parade, COMEUFOR underlined: ” When you take a close look at your medals today, you will find the Latin phrase “Pro Pace Unum” on it, meaning “United for peace”. I encourage you to wear this medal with pride.”

Master Sergeant Roberto Parisi of the Italian Navy was proud to receive the medal for his first mission abroad. He will finish his deployment in June. Staff Sergeant Veselka Ivanova was delighted as well to receive the medal as a visible reward for a successful tour in Bosnia and Herzegovina. She will return home to Bulgaria in April.

teCommander EUFOR thanked all those on parade for their dedicated service in BiH. This time soldiers from Bulgaria, Italy, Poland, North Macedonia, Turkey and the United Kingdom received the Operation Althea Medal. xt 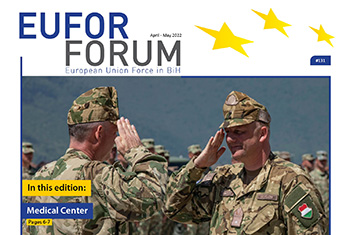 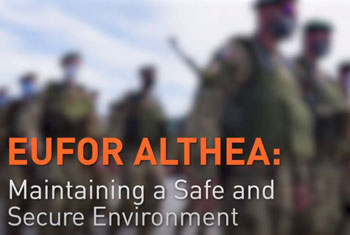 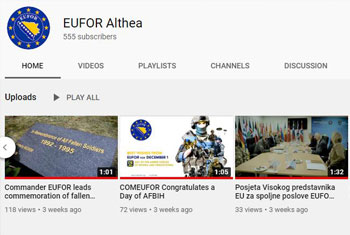 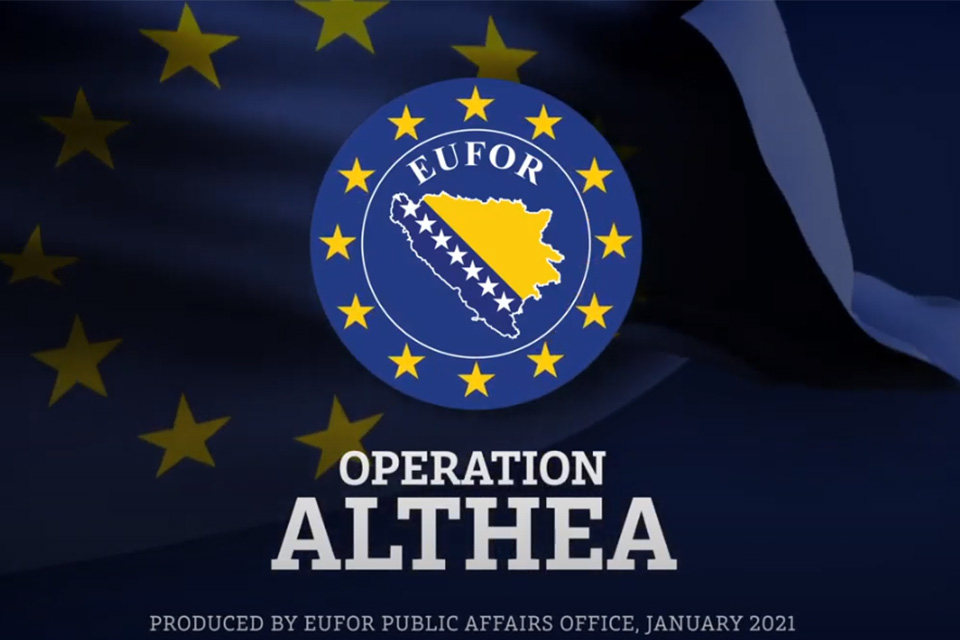