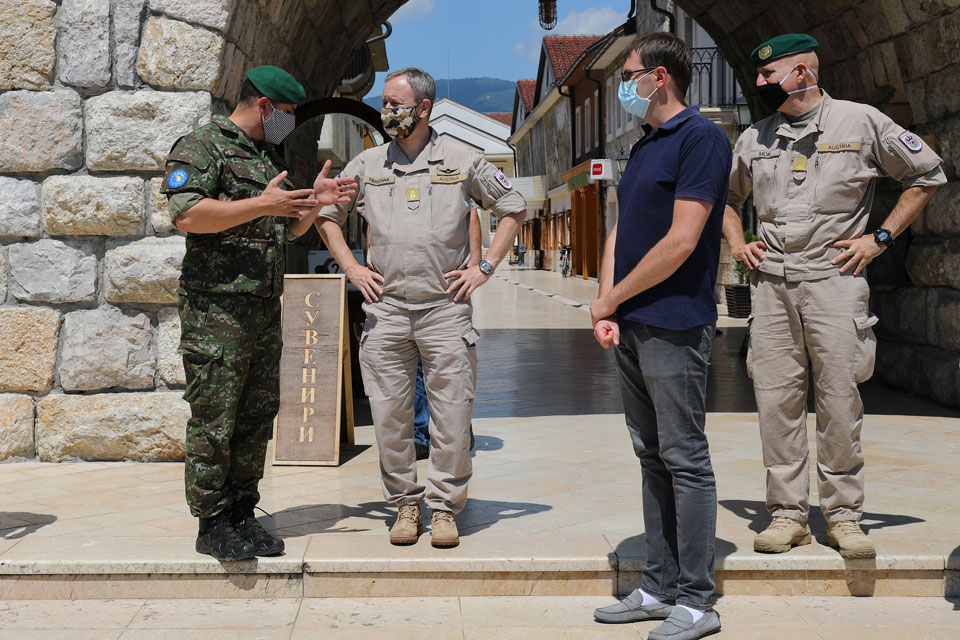 Major General Trischak began his day with a helicopter flight to Visegrad, where he was welcomed by the Commander of the Slovakian troops stationed there. He received a briefing on the local area and any issues of concern to the local community. COM EUFOR was also given a walking tour of the surrounding town to see a newly constructed church and a spectacular view of the river Drina.