Her Excellency Christine Toudic, the French Ambassador to BiH, attended a Bastille Day celebration at Camp Butmir on the evening of 13 July in honour of Bastille Day. On her arrival she spoke with COM EUFOR, Major General Alexander Platzer. 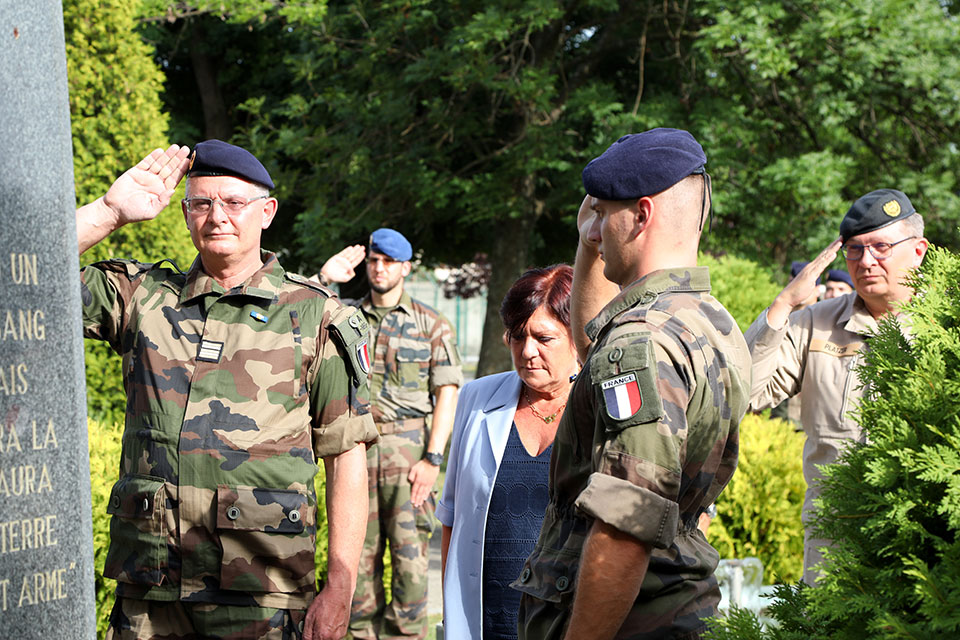 COMEUFOR escorted the ambassador into Memorial Park in Camp Butmir where a short ceremony was held to remember deceased French military personnel. The French ambassador during the ceremony laid a wreath at the monument to French soldiers where her excellency was assisted by the French Senior National Representative, Lieutenant Colonel Ludovic Patois.