This afternoon COMEUFOR Major General Alexander Platzer welcomed the French Chief of Defence, General François Lecointre to Camp Butmir. Upon his arrival General Lecointre accompanied by the French Ambassador to BiH Christine Toudic, where he received an honour guard before having a meeting with COMEUFOR. 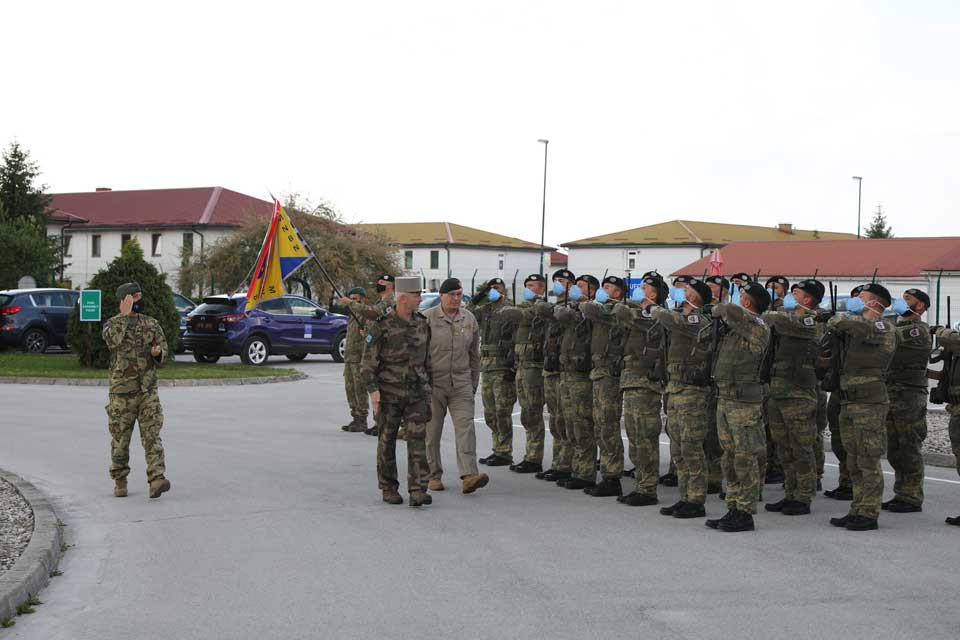 The French military has a long and proud history associated with Operation Althea, where its personnel are employed in a number of appointments within the mission. France recently increased the number of personnel deployed to the mission earlier this year, further assisting toward the EUFOR contribution to a safe and secure environment in Bosnia and Herzegovina (BiH).