Transfer of Authority Ceremony for Chief of Staff EUFOR

Today in a Transfer of Authority ceremony held at Camp Butmir, Sarajevo, Brigadier General Ernő Baráth relinquished his position of EUFOR Chief of Staff (COS) to his successor, Brigadier General Szilárd Gerőfi, following the completion of a 12-month tour of duty. 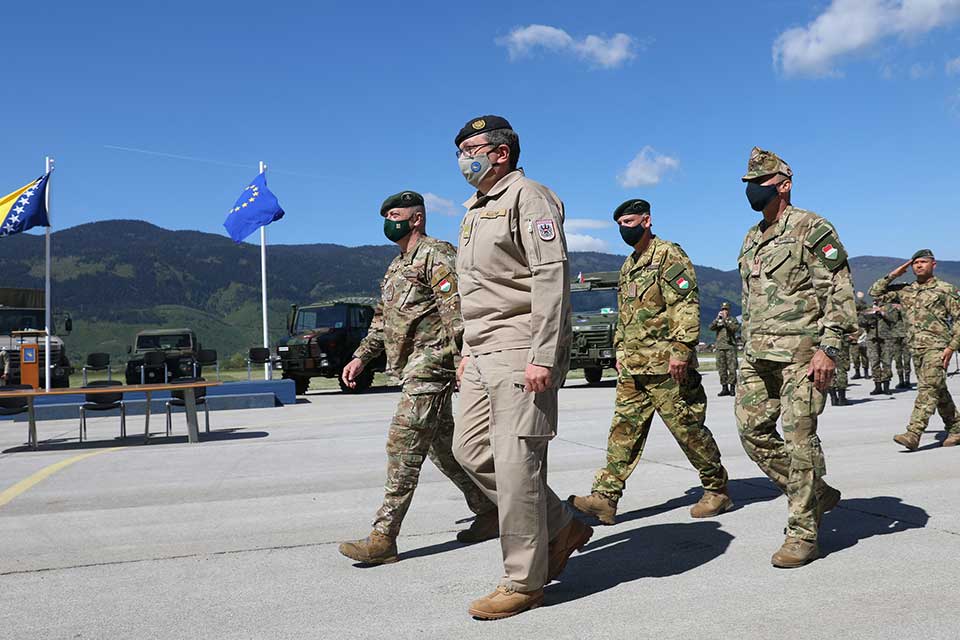 Addressing the parade, Brigadier General Ernő Baráth said: “As COS of EUFOR, it has been a privilege to work closely with you all. I am really impressed with the joint and efficient effort as well as the comprehensive approach carried out in this country.”

“It is a great honour for me that I can take over the position of Chief of Staff and I eagerly look forward to working together with the international staff to further stabilize the West Balkan region and within that, BiH.
There are still challenges and complexities EUFOR is facing, however I promise I will do my best supporting our commander’s intent in maintaining a close relationship with Bosnia and Hercegovina’s security providers, ensuring a safe and secure environment for the people of this country, and finally proceed Bosnia and Hercegovina to an acceptable end-state within the UN Security Council Mandate and facilitate the European integration”