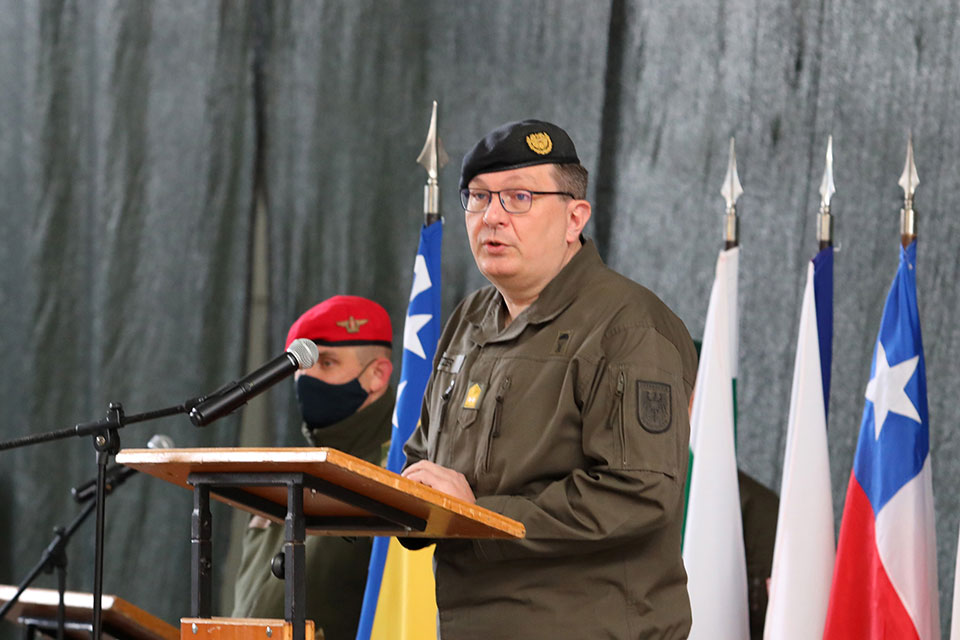 First awarded in 2004 to every International member who serves with EUFOR and inscribed with the Latin phrase “Pro pace unum”, meaning “United for peace”.

The medals assigned by the High Representative of the European Union for Foreign Affairs and Security Policy, Mr. Josep Borrel Fontelles and has to be worn the whole day after it is received.

At the formal ceremony Commander of EUFOR, Major General Alexander Platzer, thanked all attending for their effort and dedication and the service they have provided in supporting local authorities to deliver a safe and secure environment throughout BiH.

Also in attendance to witness the parade were NATO Brigadier General Eric Folkestad, Commander of the Operations Command of the AFBiH Major General Radovan Ilić and a number of Ambassadors and Defense Attachés from troop contributing nations on parade today.