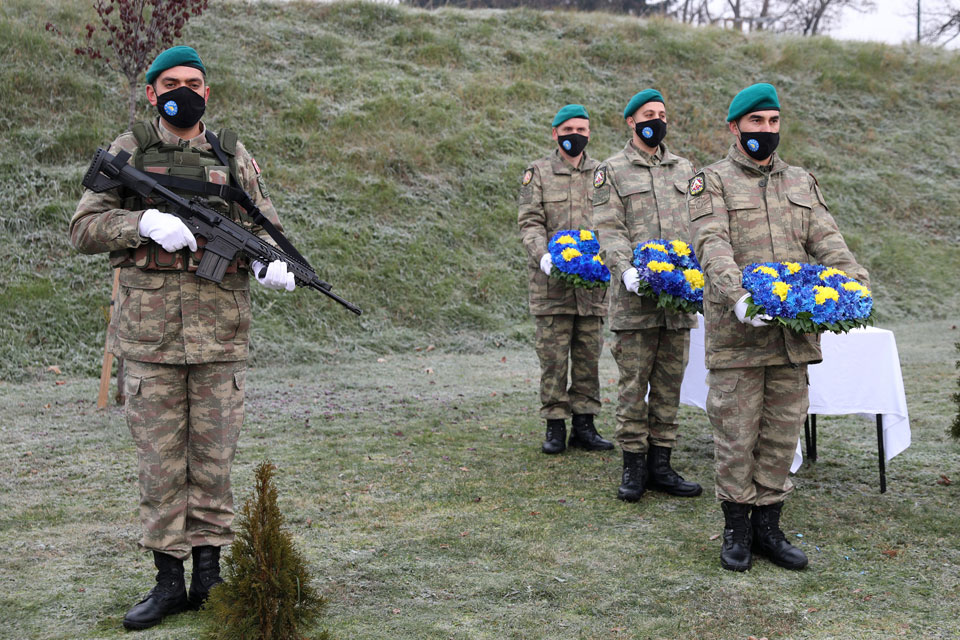 During his speech COM EUFOR pointed out the poignancy of remembering the sacrifices of the past but also optimism as the country has moved forward since the signing of the Dayton Peace Agreement.

Unveiling the memorial stone he stated “This stone should always remind us of the ultimate sacrifice of men and women in uniform, who gave their lives in the fight for what they believed in.

“The Armed Forces of BiH are the most trusted security provider in the country. They are also an excellent example for a unified and multi-ethnic force operating for the benefit of all citizens of Bosnia and Herzegovina”