The main operational unit of EUFOR is the Multinational Battalion (MNBN), an infantry unit comprised of Companies from Austria, Hungary and Turkey. This unit is dedicated to the framework operations of EUFOR that are patrolling, combined training with the AFBiH and Force Protection of EUFOR. 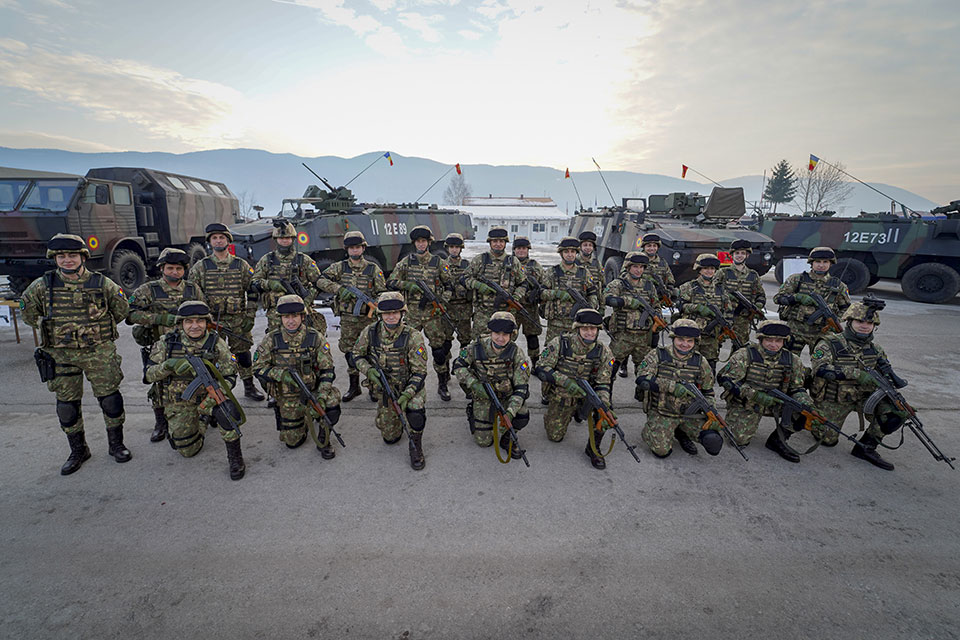 While the most recent strategic review of EUFOR by the EU concluded that the size and composition of the force is adequate, on the basis that EUFOR has Reserve Forces which it can call on if needed, it has also been acknowledged that having an armoured element as part of the force is beneficial and in line with international norms.

As a result, Romania has recently sent a motorised Platoon comprising Armoured Personnel Carriers (APCs) as well as logistical and support vehicles to EUFOR which provides EUFOR with an armoured capability within the MNBN and is a welcomed force multiplier to the operational arm of EUFOR. The APCs will join other ‘soft-skin’ MNBN vehicles in conducting EUFOR’s framework operations and citizens of BiH should be aware that these APCs will be seen on the roads from now on.