The Multinational Battalion put their new arrivals to the test

Camp Butmir 2 provided the backdrop for an exercise by the Multinational Battalion (MNBN). Each Company that arrives new into the Area of Operations (AO) must undergo standardisation training IOT ensure that they are capable of operating in commonality with the other units of the MNBN. 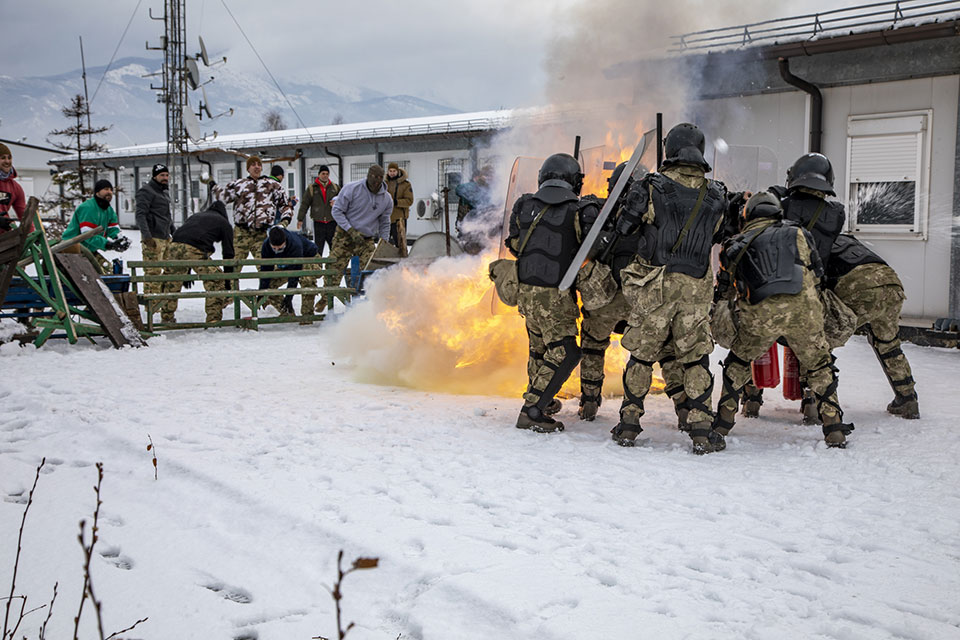 After this, the Company must undergo certification to prove their capability and interoperability to the members of the Battalion HQ staff. So this time it was up to the newly arrived Turkish Company to prove their knowledge and skills that they had acquired in their home country.

The certification task for the new soldiers chosen was a Crowd Riot Control (CRC) one: they had to evacuate the residents of a EUFOR “Liaison and Observation Team” (LOT) house. They were threatened by an angry crowd and the CRC forces had to bring the situation under control while carrying out the evacuation. As part of the scenario, medical care had to be provided to a wounded person. Also involved in the exercise was an explosive ordnance disposal team and a EUFOR helicopter which was used to fly out the casualty.

Lieutenant Colonel Alfred Sanz, the Commander of the MNBN, remarked with satisfaction: “The tasks assigned to the Turkish company were carried out very well.”

The Turkish Company is now fully operational within the MNBN and are ready to carry out their framework operations helping to maintain a Safe and Secure Environment in BiH.