On the 4th February the EUFOR Multi National Battalion Commander Lieutenant Colonel Daniel Wilfing led a combined platoon of Turkish and Austrian personnel to the Trebevic Mountain South of Sarajevo. The purpose of this was to maintain their mountain climbing skills and physical endurance. Upon arrival at the start point, the Multi National Battalion Commander delivered a route brief, which was to cover approximately 14km with a climb of 600m. 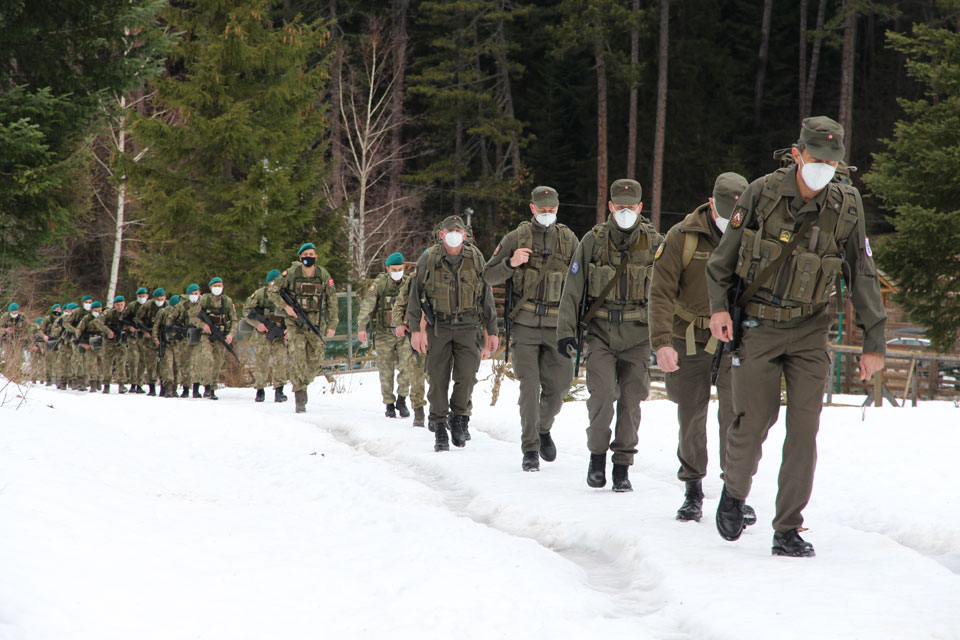 All personnel displayed their physical fitness by completing the climb in full body armor, with weapon. After reaching the summit, and having appreciated the view, the soldiers began their descent. At this point they encountered two civilians, whose car was stuck in the snow, and were stranded. The EUFOR personnel, under direction of their commander, assisted in the recovery of the stranded vehicle.

Including the recovery of the civilian vehicle the complete route took the EUFOR personnel under 2 hours to complete. This exemplifies the high physical fitness standards of EUFOR personnel and their ability to complete tasks required of them in a multitude of terrains and conditions.