A patrol of the EUFOR Multinational Battalion (MNBN) had an eventful day on 30 January 2020, as they provided roadside assistance to not one, but two cars that left the road in the vicinity of Tuzla. 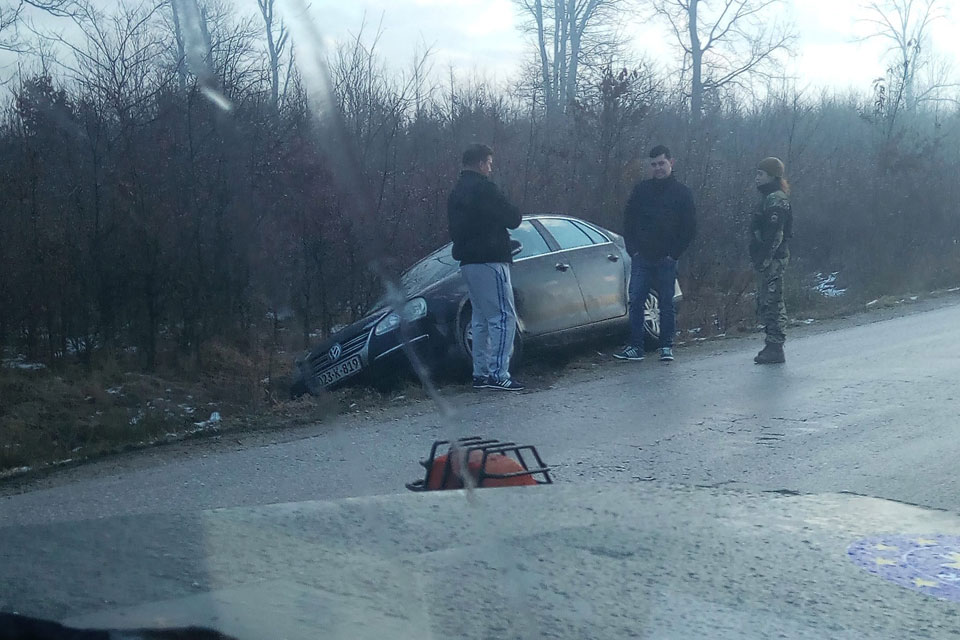 The patrol of the 2nd Platoon of the Hungarian Company of the MNBN, which consisted of 8 soldiers, was conducting routine business near Tuzla. As they began their day’s activity around 7.30am, with the sun not far above the horizon, the patrol encountered a car at the side of the road, in the soft ground. Stopping to provide assistance, they found two male passengers requiring help to get their car back on the road.

The road surface appeared to be wet, which coupled with the light conditions, may have been a factor in the car ending up in the ditch. The soldiers attached the car to their 4x4 vehicle a tow rope and, with a little pushing, managed to get the car back on the road, enabling the grateful occupants to continue their journey.

Later that afternoon, around 2.30pm, the patrol happened to be passing the exact same spot, when the noticed another car stranded at the side of the road. This time the pair of travelers involved were not so lucky, as there appeared to be significant damage to the Peugeot car that had come into difficulty. Once again they were able to tow the car out of the ditch, but instead of being able to continue their journey, they waited for the arrival of a recovery truck.

“You never know what you are going to find from one day to the next. It is a great feeling to be able to help people who find themselves in difficulty. The local citizens were very grateful of the help of EUFOR.”