On 21 December 2022 EUFOR’s German Senior National Representative Lieutenant Colonel Stefan Hofmeister made a speech on the occasion of the opening of the new German LOT( Liaison and Observation Team) House in Čapljina. He said that after an absence of 10 years the German Bundestag (German Parliament) decided to rejoin the EUFOR Operation Althea mission in Bosnia and Herzegovina. 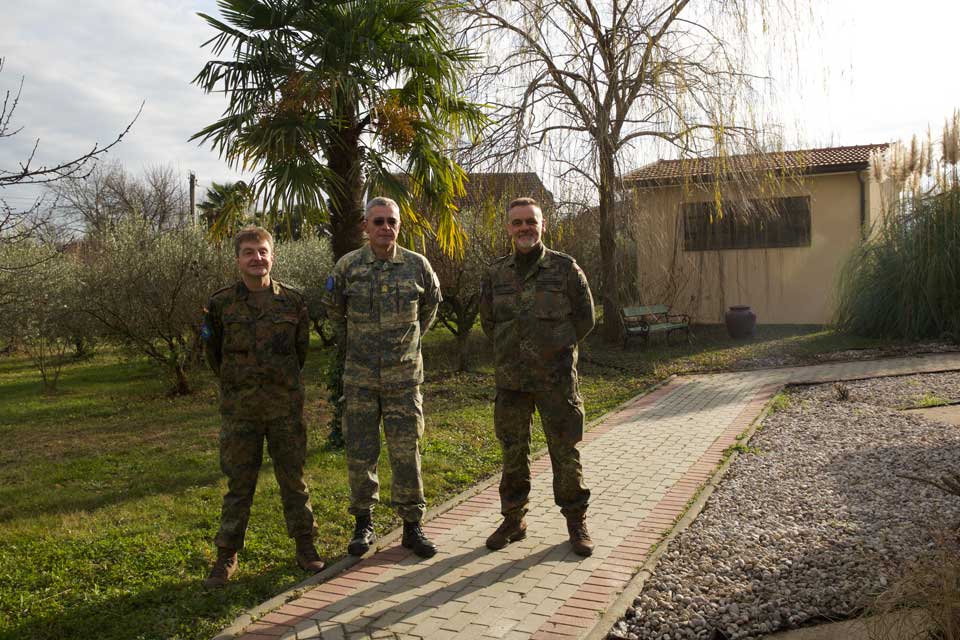 COM EUFOR Major General Anton Wessely attended the opening ceremony in Čapljina. LOT House Čapljina has opened one month after the opening of the first German LOT House in Vlasenica.

This new LOT house brings the total number of EUFOR LOT Houses in Bosnia and Herzegoina to 19. They will continue to provide extensive mine awareness and educational programmes in schools. The acting commander of the LOT house will be Sergeant Major Stephan Mehrens.

LOT houses are EUFOR’s link to local communities and local authorities, enabling direct dialogue between EUFOR and BiH citizens. Soldiers of a Liaison and Observation Team (LOT) live not in military camp but in civilian accommodation among the local population. With the purpose to be more accessible to citizens and authorities, who want to contribute to the local organizations to build up a Safe and Secure environment in Bosnia and Herzegovina.

Čapljina has 28.000 citizens and is located in the Herzegovina-Neretva Canton, near the border with Croatia. Minefields around the city of Čapljina still pose a threat to the local population.