A ceremony of remembrance was held on 12th January 2023 at Camp Butmir to mark the 15th anniversary of a helicopter crash which claimed the lives of 11 EUFOR personnel from the Republic of North Macedonia. 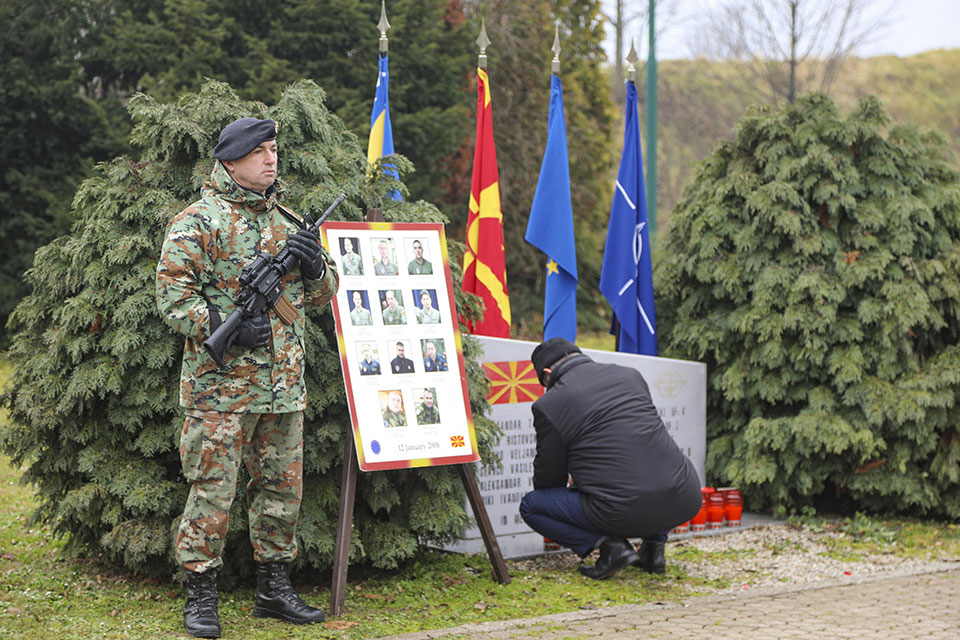 On 12th January 2008, a Mil Mi-17 helicopter carrying troops home from the EUFOR mission in Bosnia and Herzegovina crashed near the village of BLACE (Čučer-Sandevo), 20 kilometres from SKOPJE. Tragically, all 8 passengers and 3 crew members on board were killed.

Taking part in the ceremony were COMEUFOR, Major General Anton Wessely, and the Ambassador of the Republic of North Macedonia, His Excellency Mr Ekrem Ebibi. During the ceremony, soldiers from EUFOR formed an Honor Guard by the memorial stone. Eleven candles were lit to signify the lives lost.