Today COMEUFOR, Major General Alexander Platzer, welcomed the Austrian Minister of Defence Magistra Klaudia Tanner to EUFOR BiH HQ. Upon her arrival Mag. Tanner received and honour guard from the soldiers of EUFOR’s Multinational Battalion. Following this, Mag. Tanner met with COMEUFOR and then paid her respects in the memorial park to Austrian personnel who lost their lives in Bosnia and Herzegovina, before visiting the Austrian contingent personnel currently deployed in EUFOR. 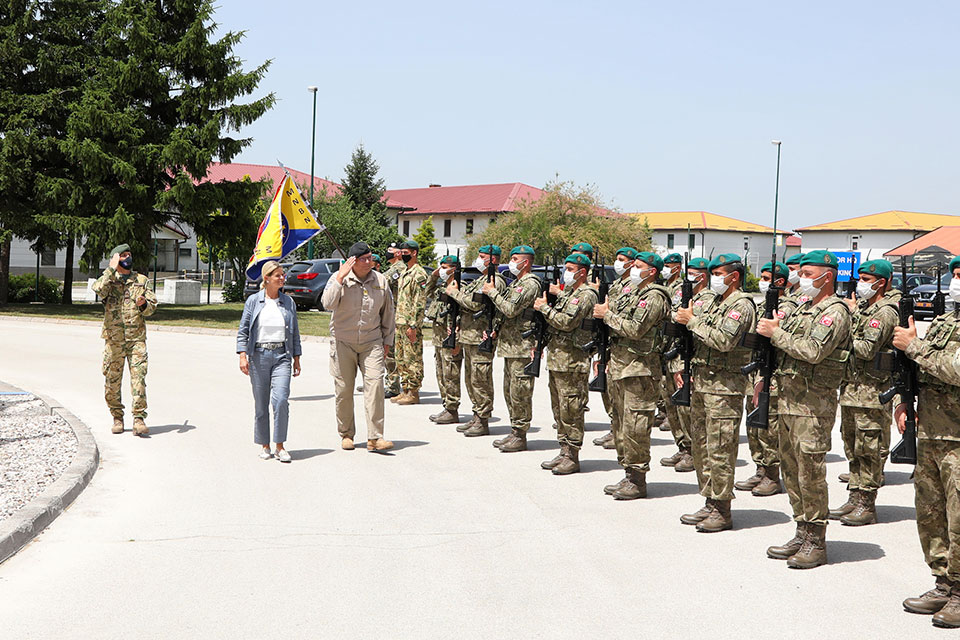 Austria is the lead troop contributing nation in Operation Althea and has a proud history in the mission from its beginning. Since December 2009 Commander EUFOR has been an Austrian officer, with Major General Alexander serving as the ninth consecutive Austrian to be COMEUFOR.

In addition to the commander, Austrian personnel are employed in a wide range of appointments in EUFOR including the provision of all air capabilities, such as search and rescue, HQ cells and Liaison and Observation Teams in Brčko, Tuzla and Bratunac.