Today COMEUFOR, Major General Alexander Platzer, met with the Directorate for the Coordination of Police Bodies of Bosnia and Herzegovina. Here he was met by Director of the Directorate Mirsad Vilić and his Deputies Ranko Vuković and Ivica Bošnjak. 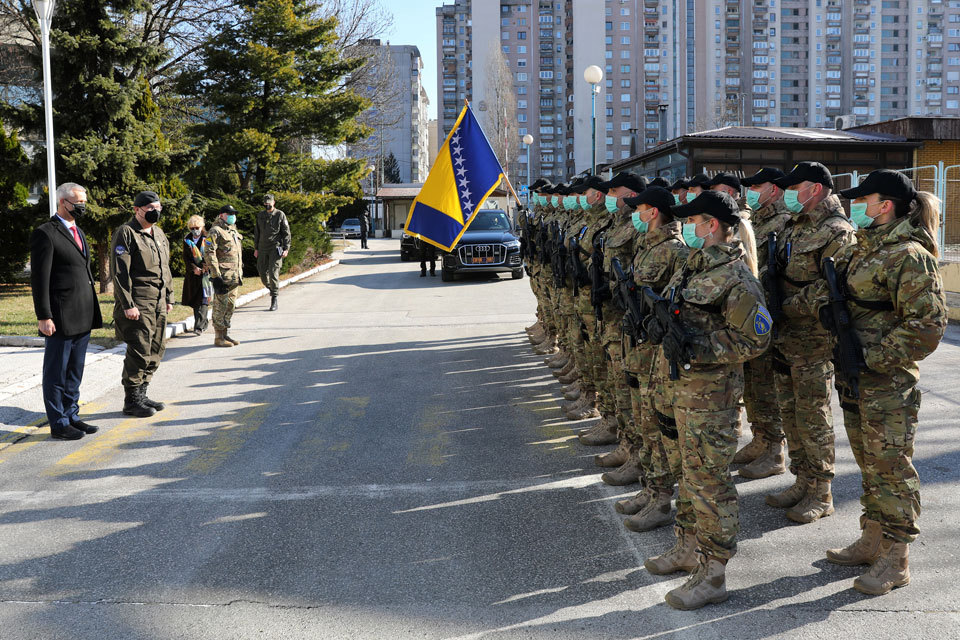 Director Vilić briefed COMEUFOR on the competencies of the Directorate and its role in the security system of Bosnia and Herzegovina. He underlined the activities successfully carried out in the previous period. Vilić stressed that the Directorate has been continuously improving its capacities in order to respond to all challenges as properly and successfully as possible.

COMEUFOR thanked Director Vilić for his hospitality and expressed his belief that the co-operation and communication between EUFOR and Directorate would continue in the future. He underlined that the Directorate would have full support of EUFOR in BiH.

Transfer of Authority Ceremony for Chief of Staff EUFOR
Friday, 07 May 2021