An event in the Armed Forces of BiH Army Hall in Sarajevo today celebrated the anniversary of a landmark UN Resolution. Hosted by the Minister of Defence, Dr Sifet Podžić and attended by Armed Service and civilian agencies, the event aimed to shine a light on the auspicious milestone. 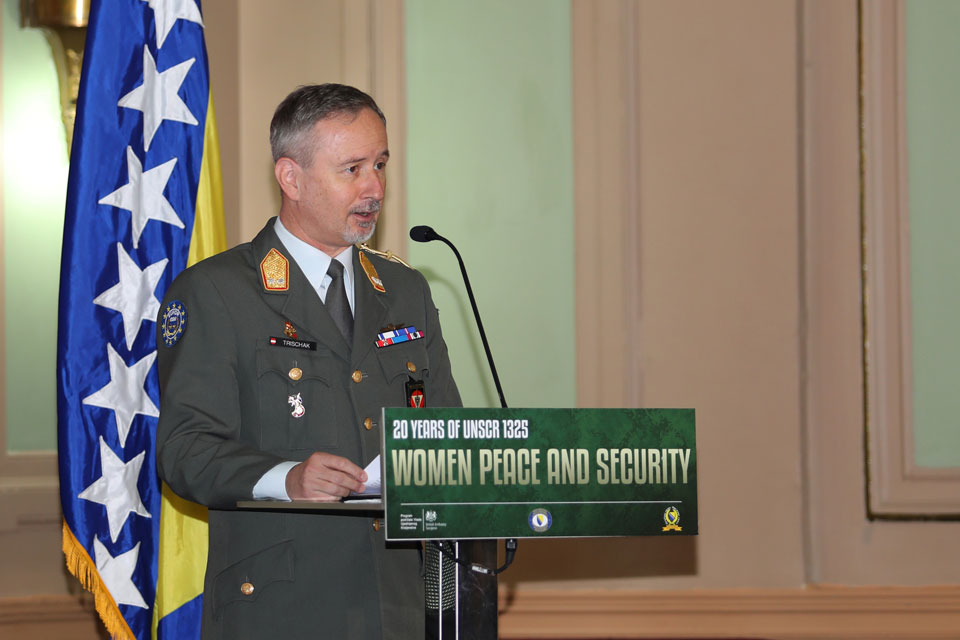 The adoption of the UN Security Council Resolution 1325 on 31st October 2000 reaffirmed the importance of women in the prevention and resolution of conflict on a global stage. The resolution also specifically addressed how women and girls are disproportionally impacted by violent conflict and recognises the critical role that women can and already do play in peacebuilding efforts.

During his speech at the event, COM EUFOR, Major General Reinhard Trischak said;

“I am glad that EUFOR could provide support on this path. EUFOR has partnered the MOD and the Armed Forces to implement UNSCR 1325 for mutual benefit. Whilst still ensuring that EUFOR followed this important resolution in line with the EU’s core values.”

Speaking after the event, Major General Trischak acknowledged that the global work to fully implement the Resolution needs to continue, he said;

“EUFOR comprehends the challenges and also recognises that we still have a way to go. We have collectively come a long way from its implementation 20 years ago, but let us all understand that the job is not done.”