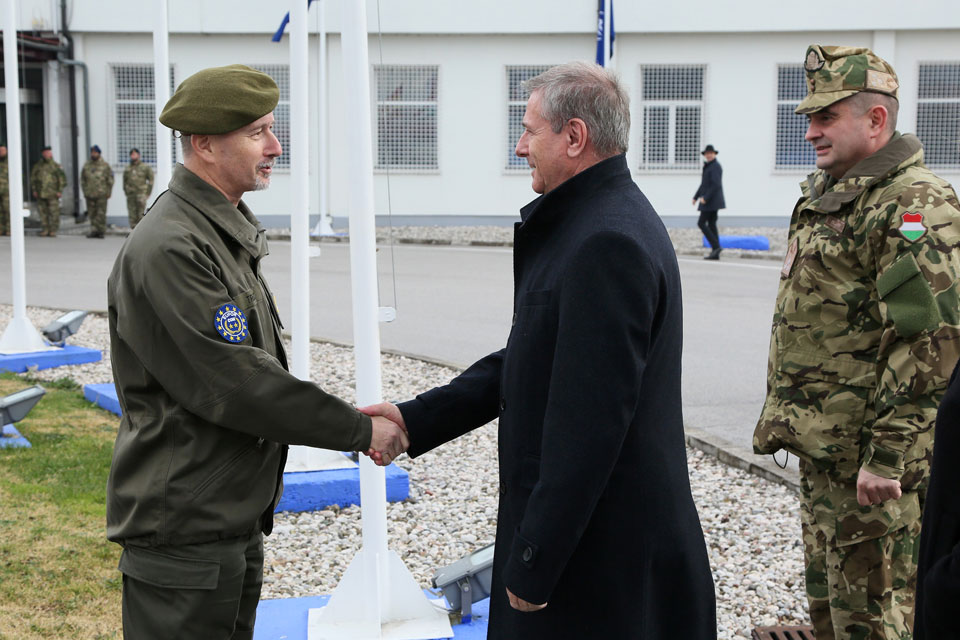 In the afternoon, Minister Benkő took the opportunity to spend time with the soldiers of the Hungarian contingent. He addressed the troops before handing out Christmas gifts and engaging in conversation.

Hungary plays an important role in EUFOR, not only contributing troops in support of the EUFOR HQ, but also providing a company of soldiers as part of the Multinational Battalion, which plays a key role in the combined training exercises run with our partners in the AFBiH, alongside other duties. Hungary is one of 20 nations in the EUFOR mission contributing troops to Operation EUFOR Althea in Bosnia and Herzegovina.