The Commander of EUFOR, Major General Reinhard Trischak met for the first time with the incoming Deputy Commander of KFOR, Brigadier General Laurent Michaud during an official office call at Camp Butmir on Tuesday 13 August. 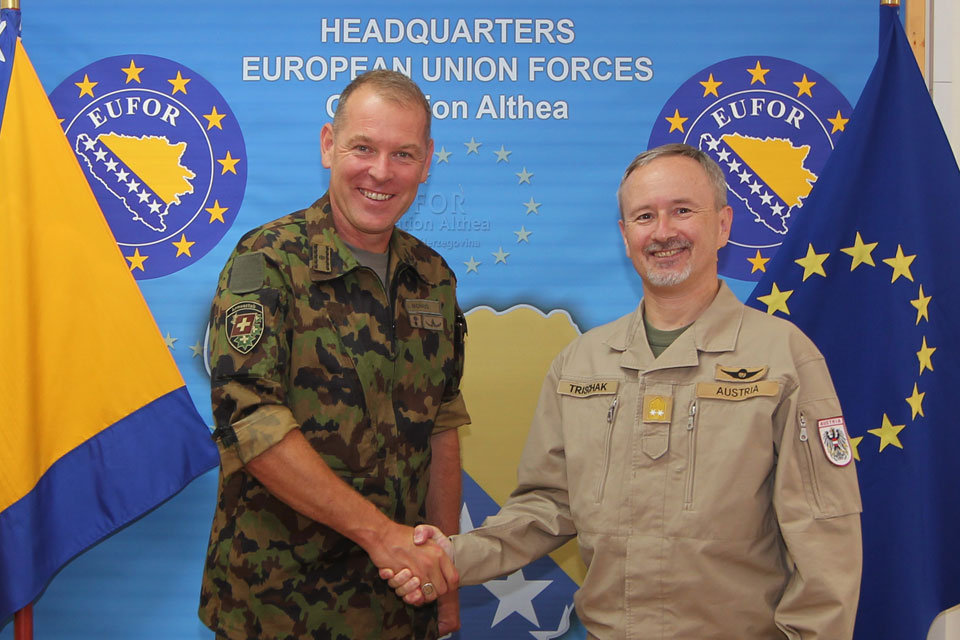 Major General Trischak briefed Brigadier General Michaud on EUFOR’s mission and the situation in BiH and the two Generals then discussed similarities between the operations in BiH and Kosovo before reaffirming the close cooperation between EUFOR and KFOR.