EUFOR’s Joint Military Affairs (JMA) department organised a demonstration of the AFBiH demining battalion for a delegation from the European Union Staff Group (EUSG) at Olovo on Wednesday 24 Jul. Colonel Marek Golan who headed the visitors from the EUSG was welcomed to the demining site at Olovo by Major General Major General Radovan Ilić, the Operation Command Commander for AFBiH. 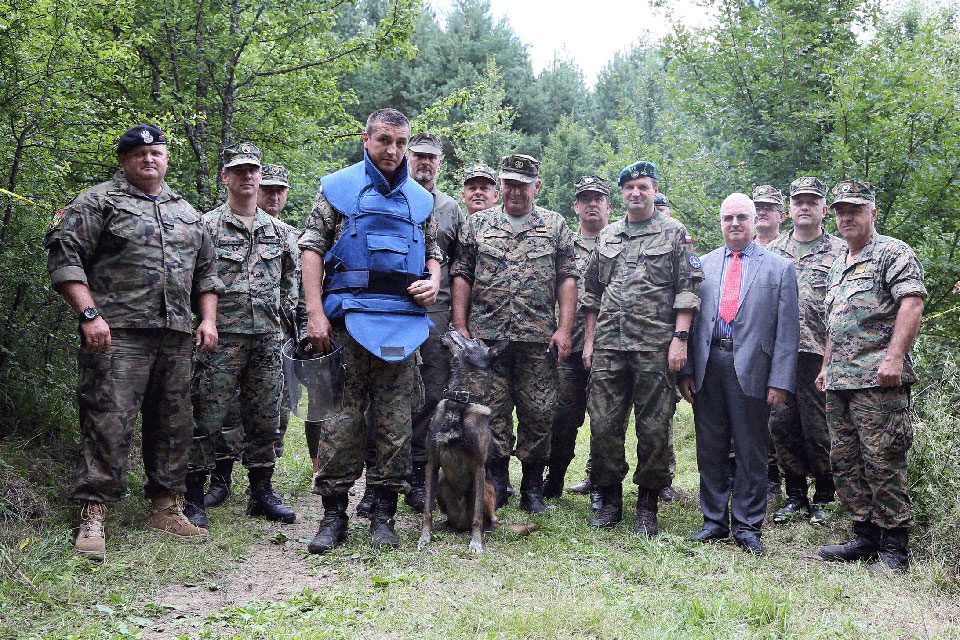 Major Miodrag Janjic, the XO of the AFBiH demining battalion, said, “This is a very important event because we do an essential humanitarian job. We have the personnel and we are motivated, but we could achieve so much more with extra logistical support”.

The main aim of the visit to the site was to familiarise the EUSG with the techniques and procedures used by the AFBiH when conducting their new humanitarian demining process, which is called “land release”, it is faster, cheaper and uses less resources than the previous methods, but still achieves the same safe result.

EUFOR’s Commander Mariusz Kuchta said, “It was a very useful day for the EUSG, they were impressed with the amount of information they were able to gather and how much understanding they gained about how they are able to support the AFBiH in the future”.

The productive working relationship EUFOR has nurtured with the AFBiH was of clear benefit as the organisation of this event allowed the EUSG delegation observe the AFBiH’s current demining capabilities and techniques before informed discussions about the best methods to support the ongoing demining work in BiH were able to be held directly afterwards with the key players.