On Tuesday, his Excellency Eric George Nelson, the new US Ambassador to Bosnia and Herzegovina (BiH), paid his first official visit to the Headquarters of the European Union Force (EUFOR) in Camp Butmir, Sarajevo. He was received by Commander EUFOR, Major General Martin Dorfer who informed him personally on the EUFOR mission and the importance of the ongoing EU military presence in BiH. 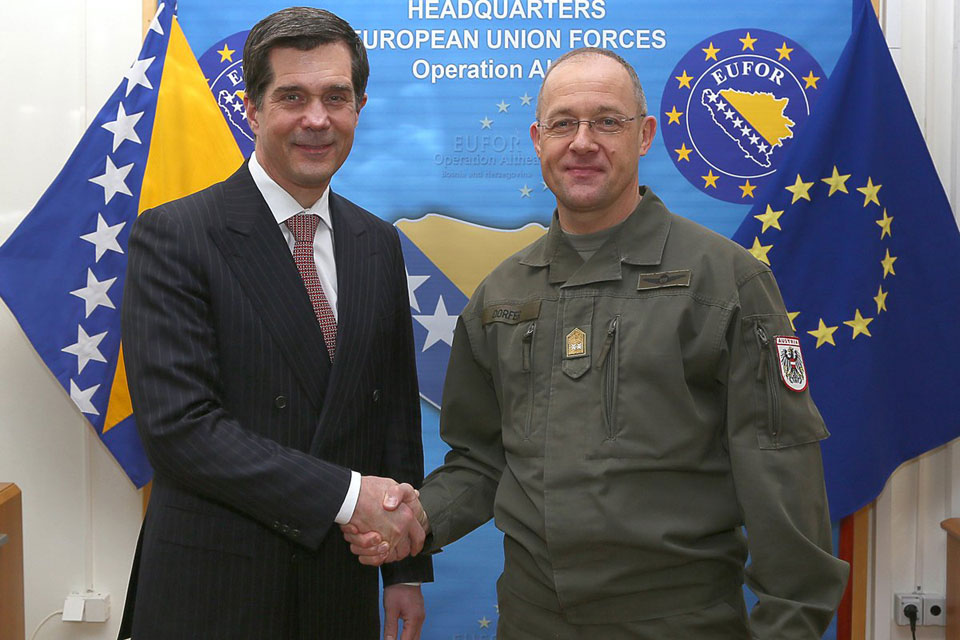 On the occasion of the first visit to the EUFOR Headquarters, COM EUFOR presented the newly appointed ambassador with a commemorative plaque. Ambassador Nelson took over from her excellency Maureen Cormack in February this year. 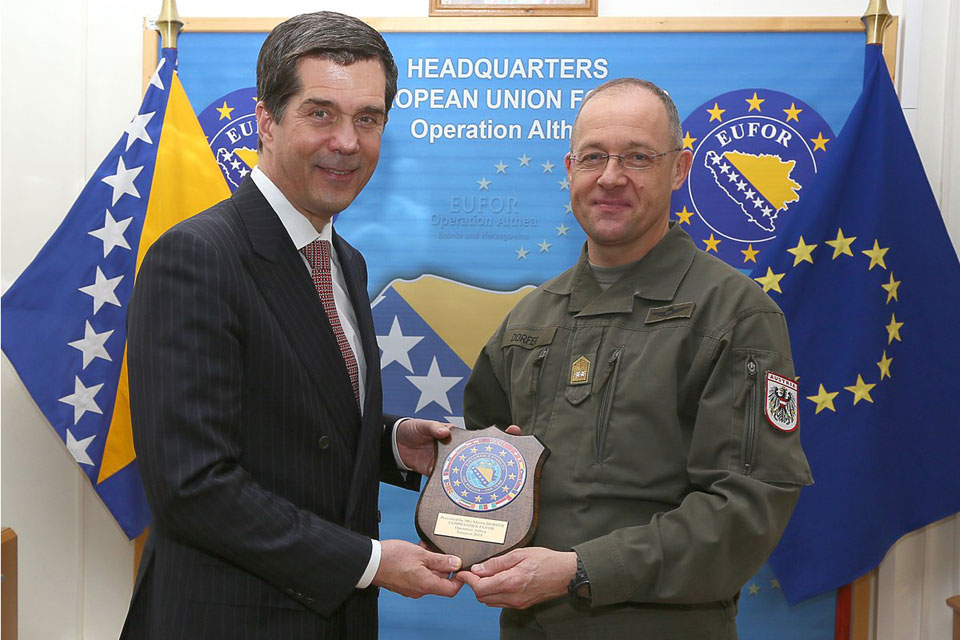