Today saw the end of the ‘Live’ phase of Exercise Quick Response 2018. The finale was held at Camp Butmir where COMEUFOR, Major General Martin Dorfer presided over a dynamic scenario and demonstration within the grounds of the camp. 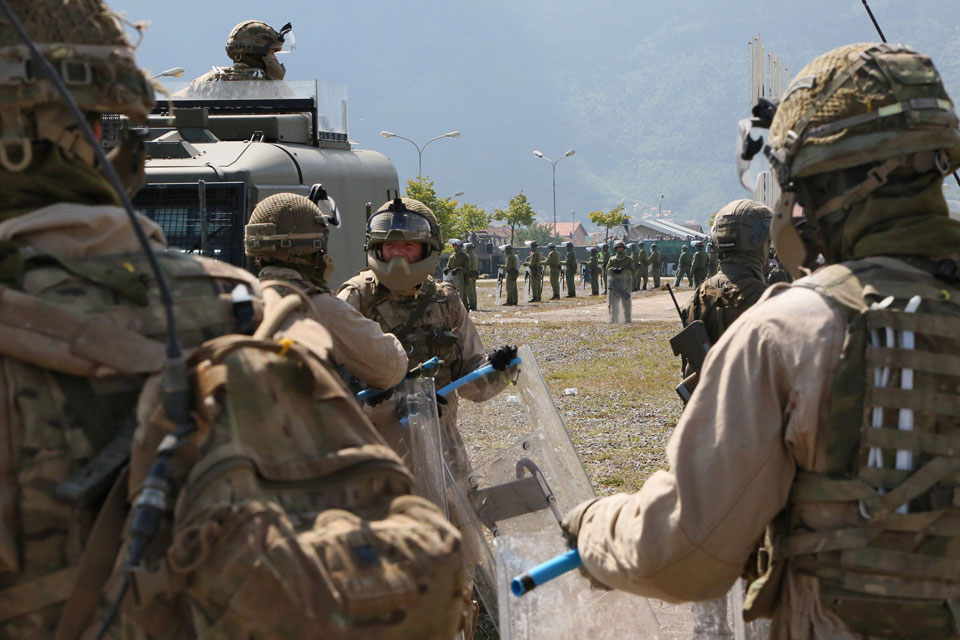 Preparing to move in

The demonstration included a number of action scenarios which also included helicopter operations in an impressive display of capabilities of EUFOR and Reserve Forces. A team from SIPA and the Armed Forces BiH Police were also present and showed the gathered VIPs their skills in building clearance and perimeter security .

Helicopters from both EUFOR and NATO’s Kosovo Tactical Reserve Battalion impressed the crowd with their skills in both troop delivery and medical evacuation.

COMEUFOR gave a statement in which he expressed his satisfaction at a job well done:

‘Today’s scenario and demonstration marks the end of the ‘LIVE’ part of Exercise Quick Response 2018 and I am delighted to say that it has been a success. After the exercise we will continue our training with AFBiH on the way to European integration. And we will support BiH authorities to serve the citizens in BiH under the common motto “One Mission – One Team”.’