Day three of Exercise Quick Response 2018 saw the scenarios take place in Kalinovik and Brcko with the Turkish and Austrian Companies taking the lead. 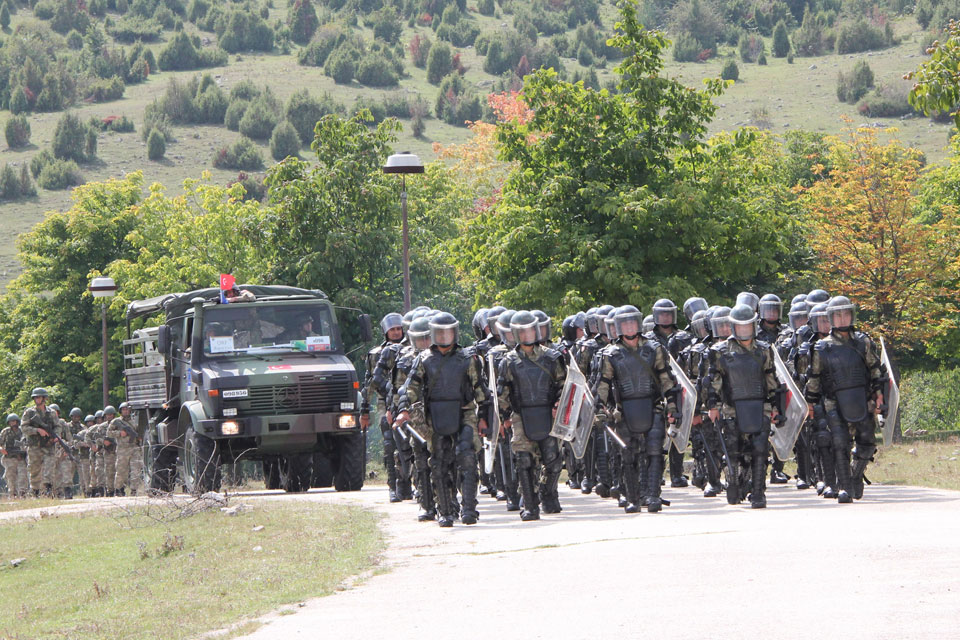 In Kalinovik the Turkish company had to deal with the evacuation of a EUFOR LOT house with a number of ‘training injects’ that tested the Company Commander and his soldiers. This included the need for a helicopter medical evacuation (MEDEVAC) as well as a crowd control situation. 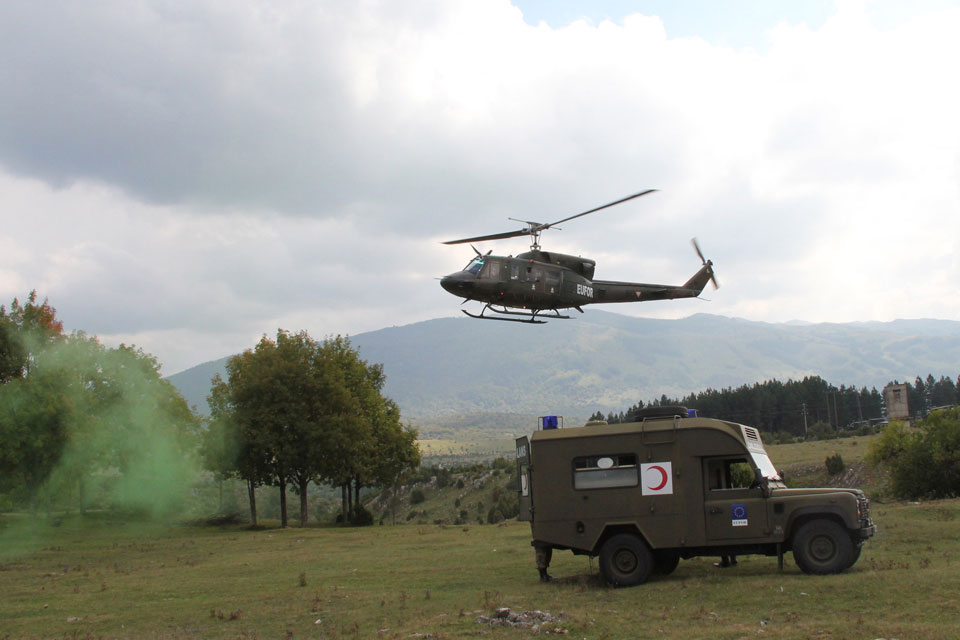 The MEDEVAC helicopter from Camp Butmir was requested and arrived to transport the ‘casualty’ back to the medical facilities at the camp.

Brcko saw the Austrian soldiers secure a landing site for a VIP aircraft flight and then escorted the VIP road convoy through a fictitious ‘dangerous’ area to meet with key leaders in the local community including the Mayor. 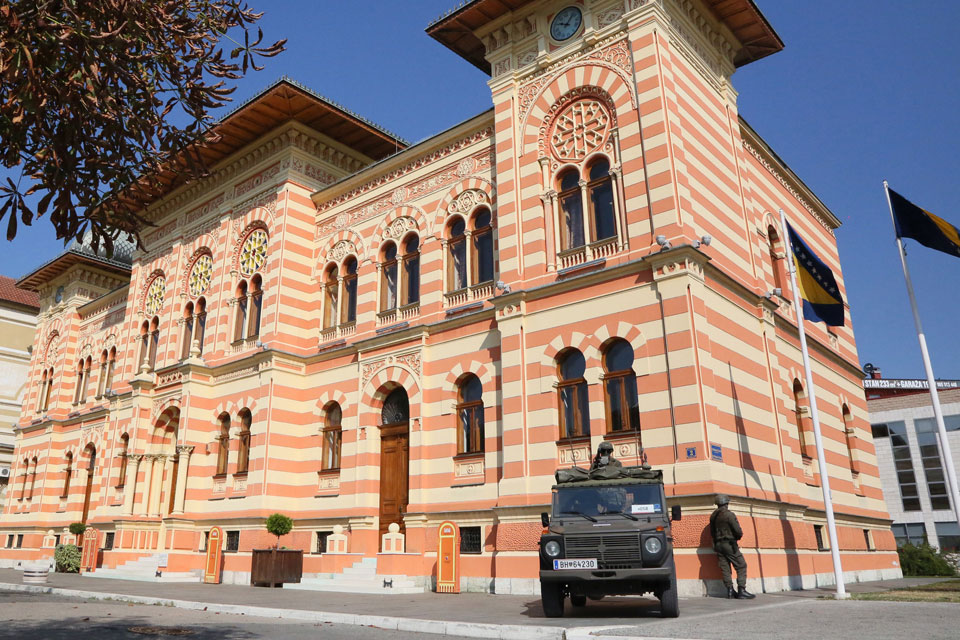 Close cooperation with the Brcko Police was essential for this road move as they ‘blue lighted’ the convoy along the designated route. EUFOR LOT house Brcko was involved with the planning for the scenario and coordination with the Mayors office.

A good days training in both areas ensured Day Three of the exercise was a success, close cooperation and communication between all units was vital to ensure things ran as smoothly as possible.

“One Mission One Team” 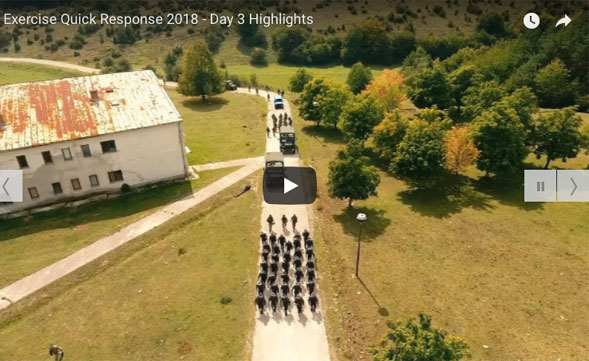