Immediately after taking over as Commanding Officer of the European Forces on the 17 December 2014 in Camp Butmir, Major General Johann Luif, began his courtesy visits to EUFOR’s national and international partners. 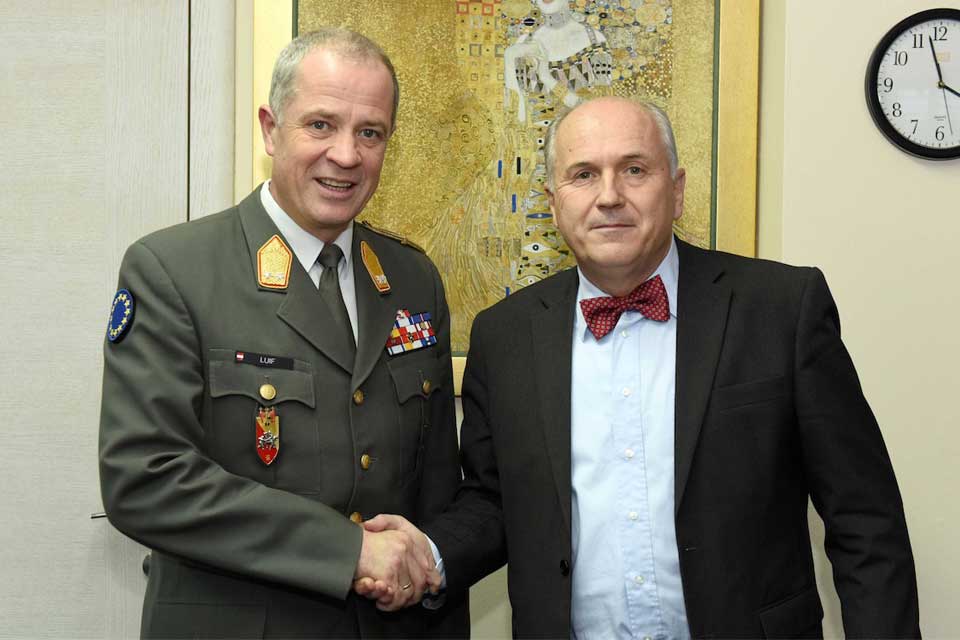 General Johann Luif said “EUFOR remains a strong partner in supporting Bosnia and Herzegovina on its path to the Euro-Atlantic integration. It is important for me to maintain the good relations already formed with the local authorities and our international partners. ”