The final version of the 2015 Capacity Building and Training (CB&T) Activities was signed on 15 December 2014, in Joint Staff Sarajevo by Major General Mirko Tepšić, the Deputy Chief of the Joint Staff for Operations and Brigadier András Szűcs, Chief of Staff EUFOR.
The AFBiH-EUFOR CB&T Activities 2015 consists of a detailed list of all training courses, the Project List for the period of 2015-2018 and the 2015 Training Calendar. The document has been developed, as in previous years, in close cooperation with the Armed Forces of BiH. 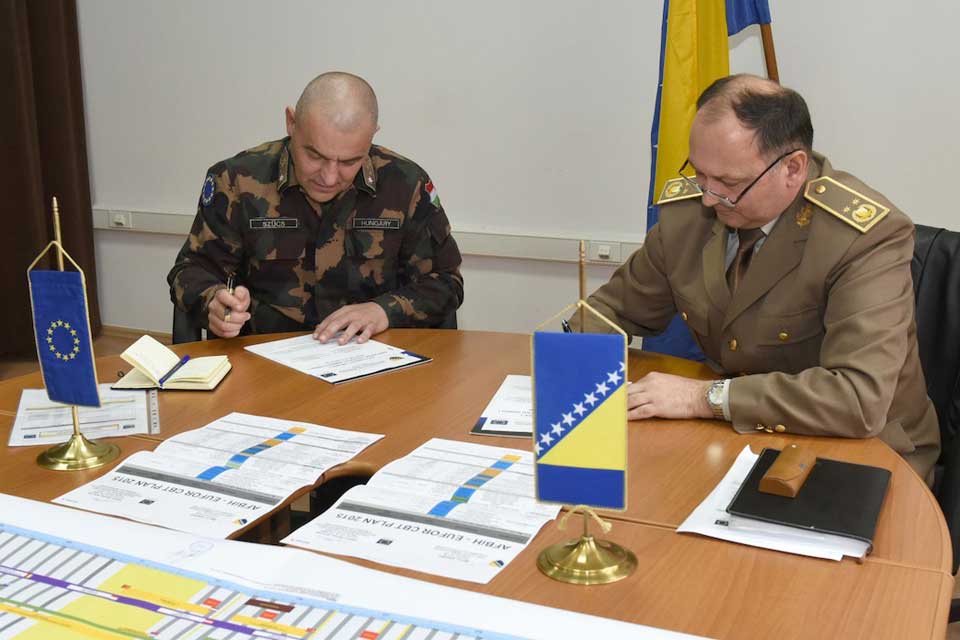 EUFOR’s main effort is training, mentoring, monitoring and advising the Armed Forces BiH (AFBiH) throughout the command structure, in close co-ordination with NATO in order for the AFBiH to achieve a self-sustainable training system, meet international standards and be capable of participating in Euro-Atlantic structure.
EUFOR’s capacity building and training programme is designed to develop the skills and capabilities of AFBiH in a number of areas including peace support operations, ammunition management, communications and engineering.