EUFOR’s Commander, Major General Dieter Heidecker, yesterday visited the President of the Republica Srpska, Milorad Dodik in Banja Luka.
General Heidecker thanked the President for his cooperation during the last two years. COM EUFOR highlighted his appreciation of their good working relationship and reaffirmed the commitment of EUFOR as part of the overall European Union strategy in support to BiH. 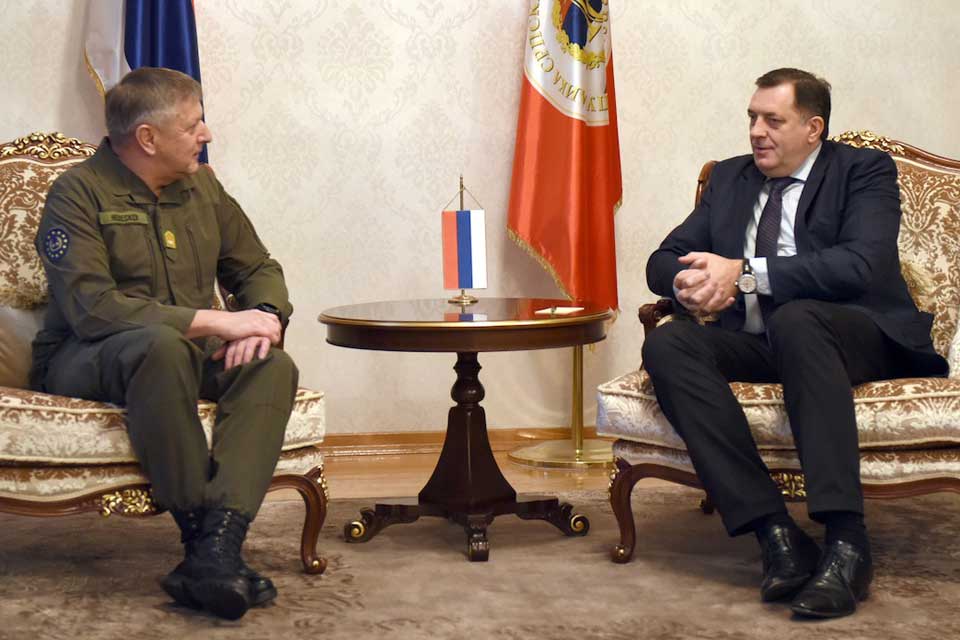 General Heidecker has held the role of Commander EUFOR in BiH since December 2012. He will complete his tour of duty at an official Handover-Takeover Ceremony on 17 December 2014 which will be held in Camp Butmir.
The EUFOR Operation Althea is currently made up of soldiers from 17 EU member states and 5 partner nations. Its primary roles are to provide capacity building and training support to the Armed Forces of BiH and to support BiH efforts to maintain a safe and secure environment.