A medal parade was held today at EUFOR Headquarters in Camp Butmir, Sarajevo.
Commander EUFOR, Major General Dieter Heidecker, presented the European Union Common Security and Defence Policy Medal Althea to over 150 soldiers from 7 different nations and thanked them for their dedicated service in and for Bosnia and Herzegovina. 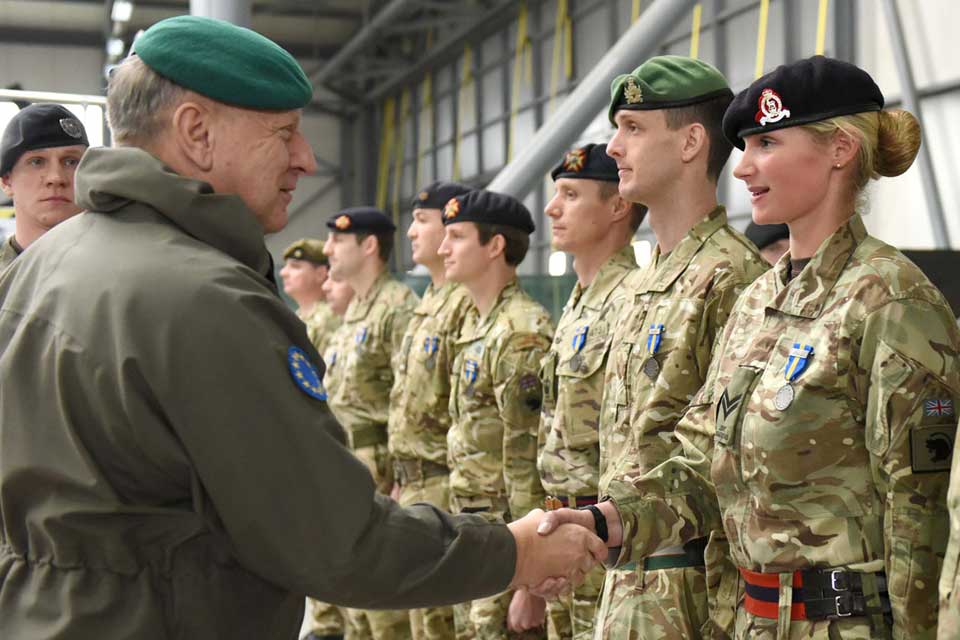 “Today’s parade formally and publicly acknowledges the contribution made by everyone here to the success of EUFOR. Each one of you represents a practical and positive affirmation of support from your Governments and your Armed Forces to EUFOR and to the people of Bosnia and Herzegovina”, he said.
The EUFOR Operation Althea is currently made up of soldiers from 17 EU member states and 5 partner nations. Its primary roles are to provide capacity building and training support to the Armed Forces of BiH and to support BiH efforts to maintain a safe and secure environment, whilst providing support to the overall EU comprehensive strategy for BiH.