Members of Armed Forces BiH (AF BiH) recently completed an ammunition transportation safety course delivered by AF BiH and EUFOR personnel in Rajlovac.
The instructors trained personnel in the safe packaging, labelling and handling of ammunition during transportation. The course was conducted by a combined team of AF BiH and a EUFOR mobile training team, led by the Swiss Armed Forces. 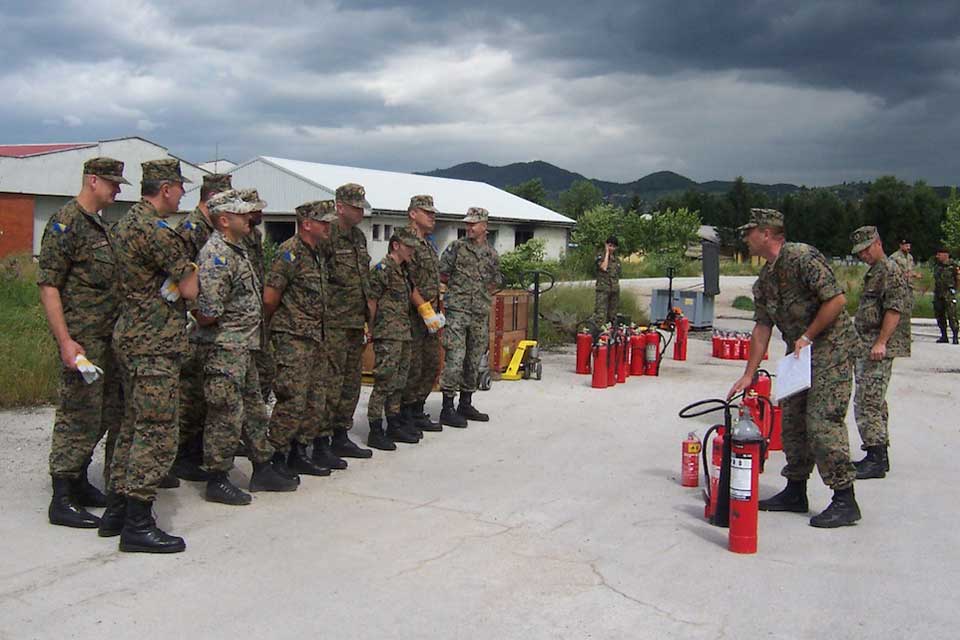 The course formed part of EUFOR’s ongoing capacity building and training programme. One of EUFOR’s major objectives is to help BiH authorities to solve the issue of surplus ammunition and weapons, and training Armed Forces BiH to develop their own professionals is a key part of this.