Operation ALTHEA medals were today (29th July 2014) presented to EUFOR personnel who are nearing the end of their tours. Commander EUFOR, Major General Dieter Heidecker, presented the medals to each person individually and thanked them for their efforts in BiH. 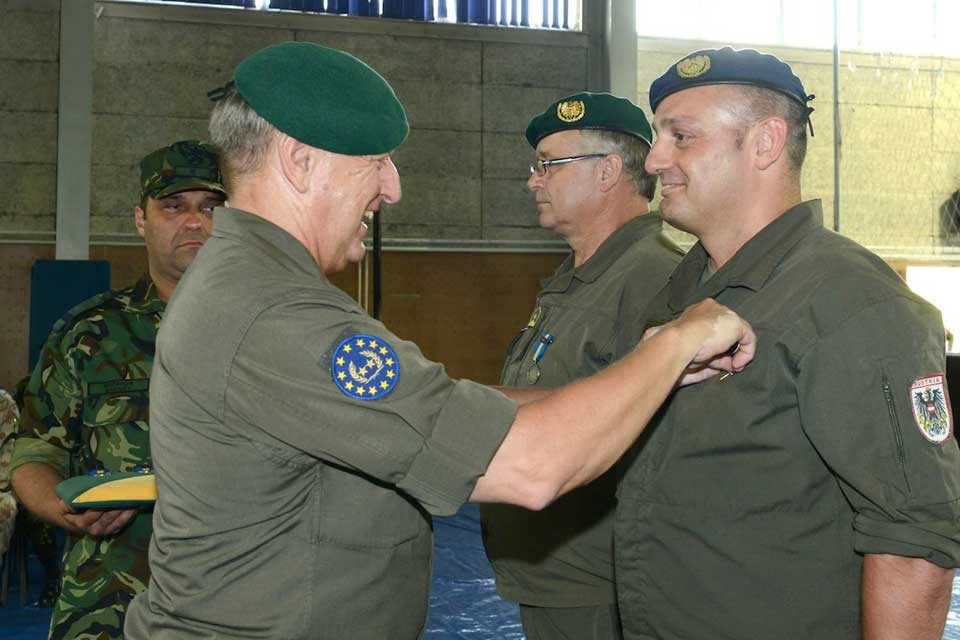