EUFOR military vehicles on the streets of Sarajevo

There have been a couple of reports in the media today concerning EUFOR military vehicles on the streets of Sarajevo.
These vehicles are attached to EUFOR’s British sub-unit.
EUFOR relies on forces provided by troop-contributing nations, and their equipment. The vehicles in the photographs are routinely operated by the British Army and are called ‘Jackal’ and ‘Coyote’ vehicles. 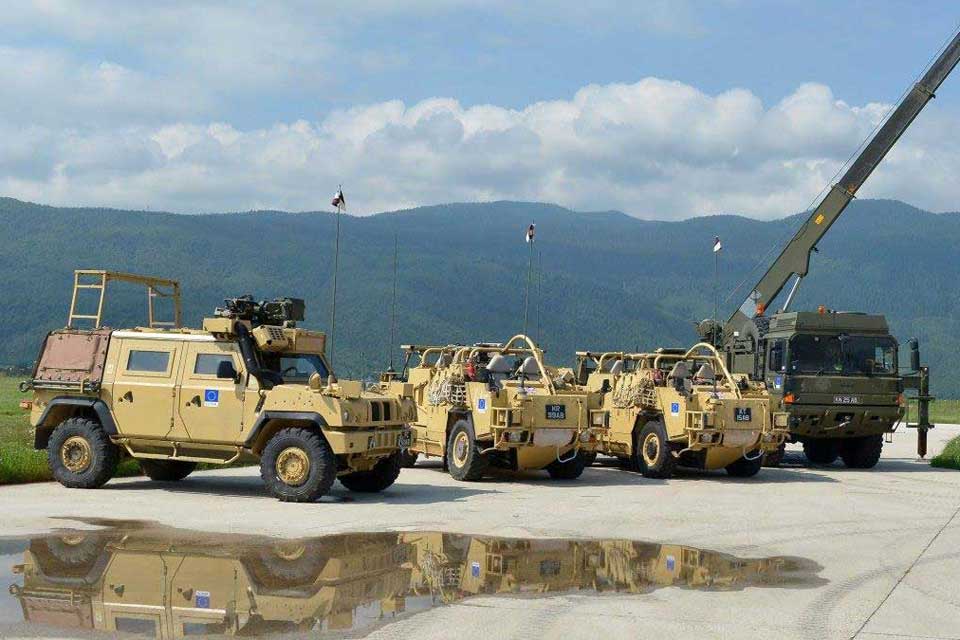 They are all-terrain military vehicles which are designed for a number of operations.
The vehicles are used by the sub-unit in any areas to which they are posted, for example, on exercise in the UK, or on missions in Europe. The vehicles have not been specially procured for use in BiH, but are the standard vehicle operated by the sub-unit wherever they are.
The soldiers driving the vehicles must wear helmets and body armour protection to satisfy health and safety requirements, as they are an open vehicle.
EUFOR troops, including the British, continue to assist in flood-related disaster relief work, capacity building and training of the Armed Forces BiH, and in assisting awareness across the country in the same way as existing liaison teams. The UK contribution to the capacity building and training programme will help AFBiH to further develop their capabilities to interoperate with international troops in peace support operations.