Commander EUFOR, Major General Dieter Heidecker, today chaired a seminar to review EUFOR and Armed Forces BiH actions following the flooding in BiH.
Key attendees included Mr Zekerijah Osmić, the Minister of Defence, and Lieutenant General Anto Jeleč, Chief of the Joint Staff of Armed Forces BiH.
The purpose of the seminar was to identify where improvements could be made to improve the capability and capacity of Armed Forces BiH in the future, particularly when carrying out humanitarian and disaster relief tasks. 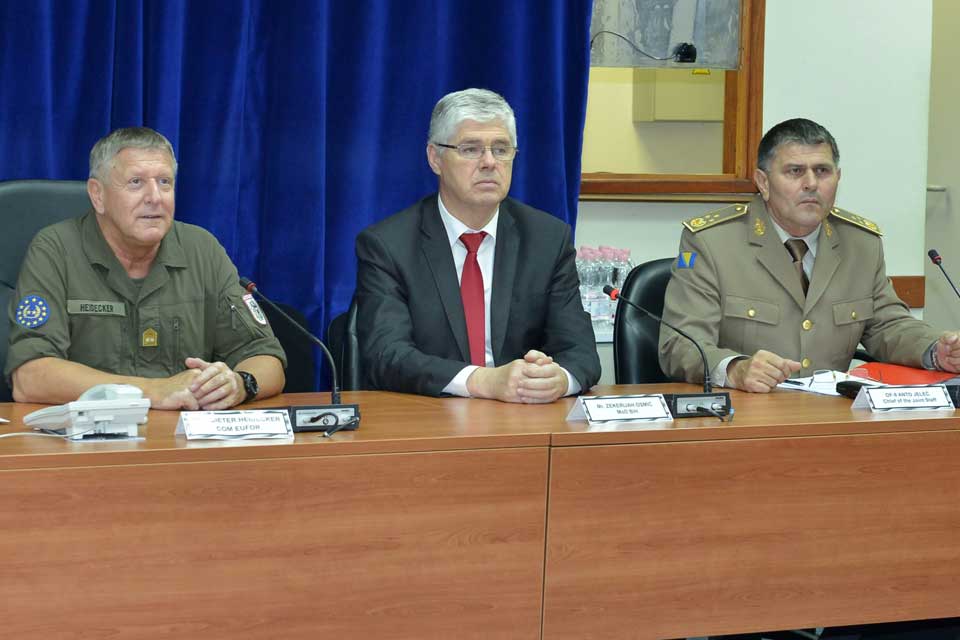 Major General Heidecker said, ‘While I am personally very proud of the work carried out by both EUFOR and Armed Forces BiH troops during the recent disaster relief, there are always areas in which we can improve. This will enable us to be better prepared for any future disaster or mission, and allow us to capitalise even further on the efficiency of our forces.’
The workshop forms part of EUFOR’s capacity building and training programme, which ensures that Armed Forces BiH have the capacity and skill to positively contribute to both humanitarian tasks at home, and missions abroad.