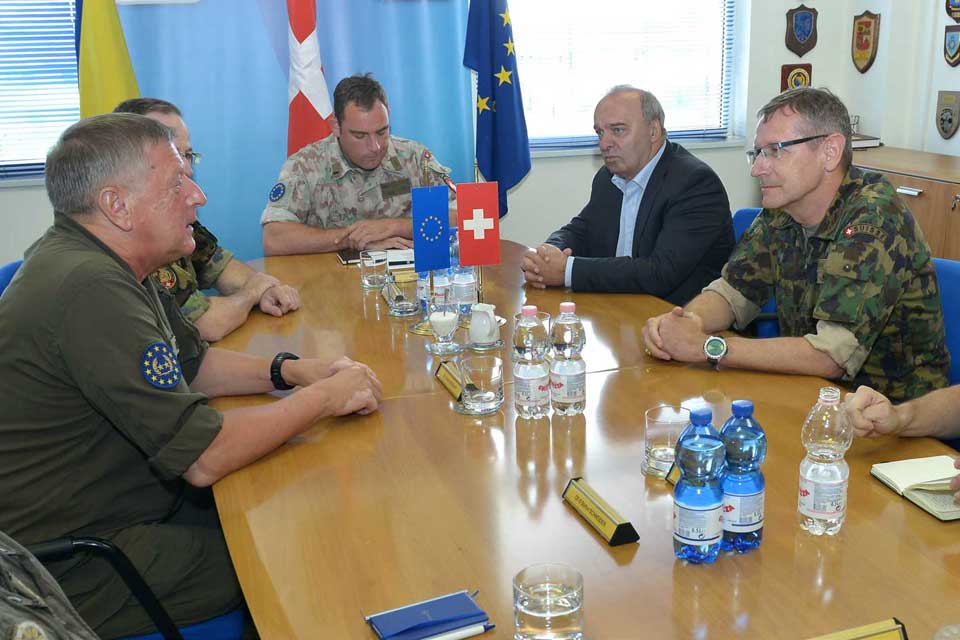 Major General Heidecker took the opportunity to thank the Swiss Armed Forces for their contribution to EUFOR.  “Switzerland is one of 5 partnering nations who contribute to the EUFOR ALTHEA mission, in addition to 17 EU member states.  Their work in this HQ and in the LOT houses is invaluable and I look forward to continued cooperation in the future”, he said.

Switzerland has up to 4 staff officers within the EUFOR Headquarters, and also contributes 2 liaison and observation teams (LOTs), each consisting of 8 people in Mostar and Trebinje.
LOT houses enable EUFOR to maintain a presence throughout BiH, acting as the eyes, ears and point of contact for EUFOR when interacting with the local population.