Members of Armed Forces BiH have recently completed an advanced ammunition course delivered by EUFOR personnel at the ammunition storage site in Gabela. The course took place for two weeks and covered topics such as how to visually inspect ammunition, and how to analyse the chemical content of ammunition to keep ammunition sites safe. 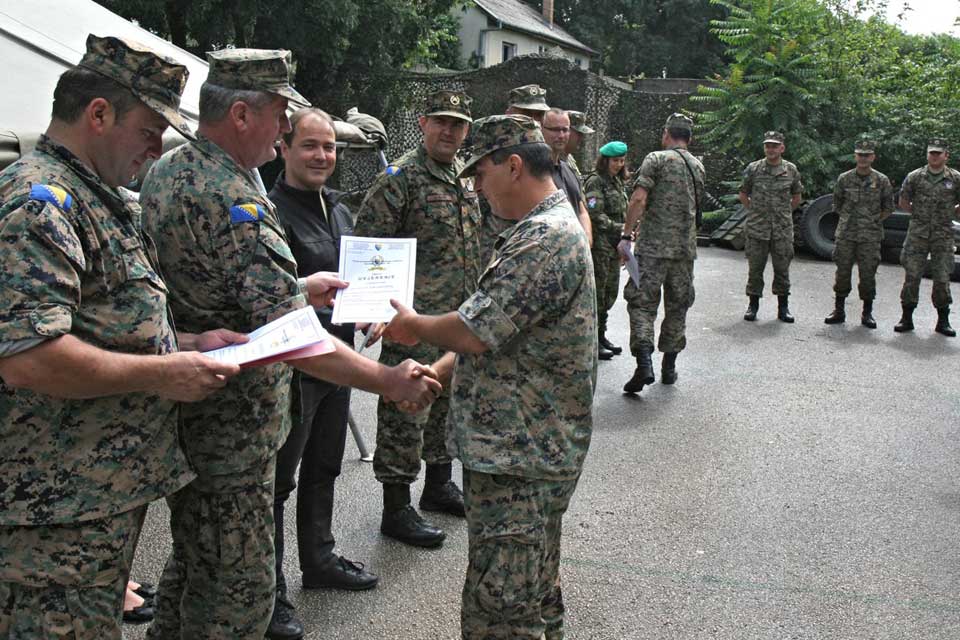 The instructors explained how moisture, temperature changes and other environmental influences can increase the risk of accidents, and described to Armed Forces BiH the actions that can be taken to prevent this.

The course was conducted by Armed Forces BiH and a EUFOR mobile training team, under the leadership of the Austrian Armed Logistics School.
It is part of EUFOR’s ongoing capacity building and training programme. One of EUFOR’s major objectives is to help BiH authorities to solve the problem of surplus ammunition and weapons, and training Armed Forces BiH to develop their own professionals is a key part of this.