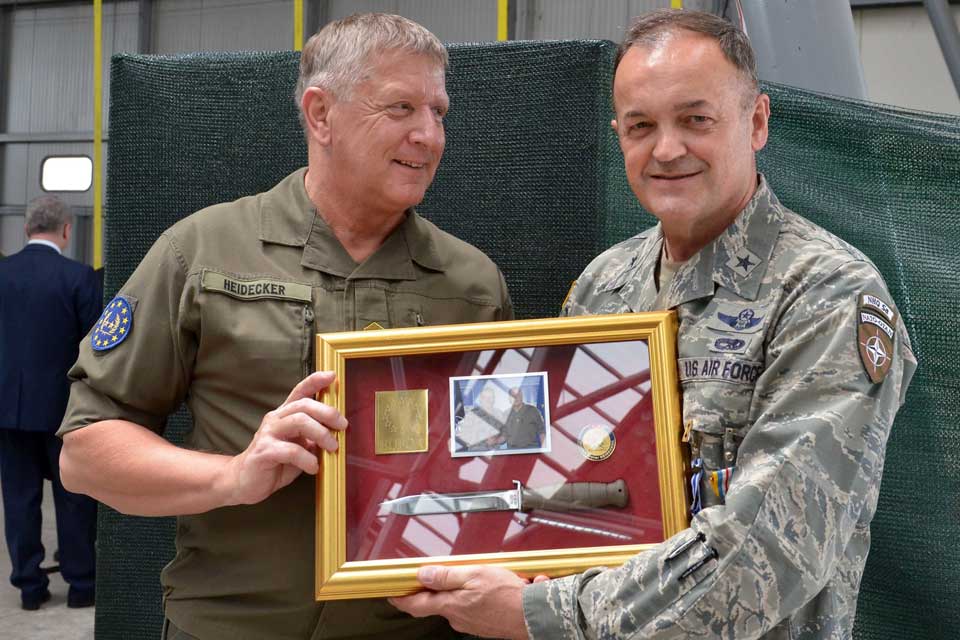 Commander EUFOR said: ‘Brigadier General Hart has worked tirelessly during his tenure here and I wish him all the very best for the future. While EUFOR and NATO have distinct and different roles here in Camp Butmir, both organisations are working towards a peaceful and prosperous future for BiH’.
EUFOR and NATO staff are co-located at Camp Butmir, with the EUFOR staff making use of NATO assets and capabilities thanks to the Berlin Plus agreement. This arrangement improves the working partnership between the EU and NATO, ensuring effective consultation, cooperation and transparency.

You can find out more about the different roles of NATO and EUFOR at www.euforbih.org and http://www.jfcnaples.nato.int/hqsarajevo.aspx