On 28th March 2014, the Bi-monthly CBTD meeting took place in Camp BUTMIR. The aim of the meeting was the revision of the goals reached during the last two months, as well as the way for the near future regarding training activities. All members of Capacity Building and Training Division (CBTD), including the Embedded Advisory Teams (EATs), attended the meeting, as well as representatives from NATO and the Armed Forces of BiH (AF BiH) Joint Staff. 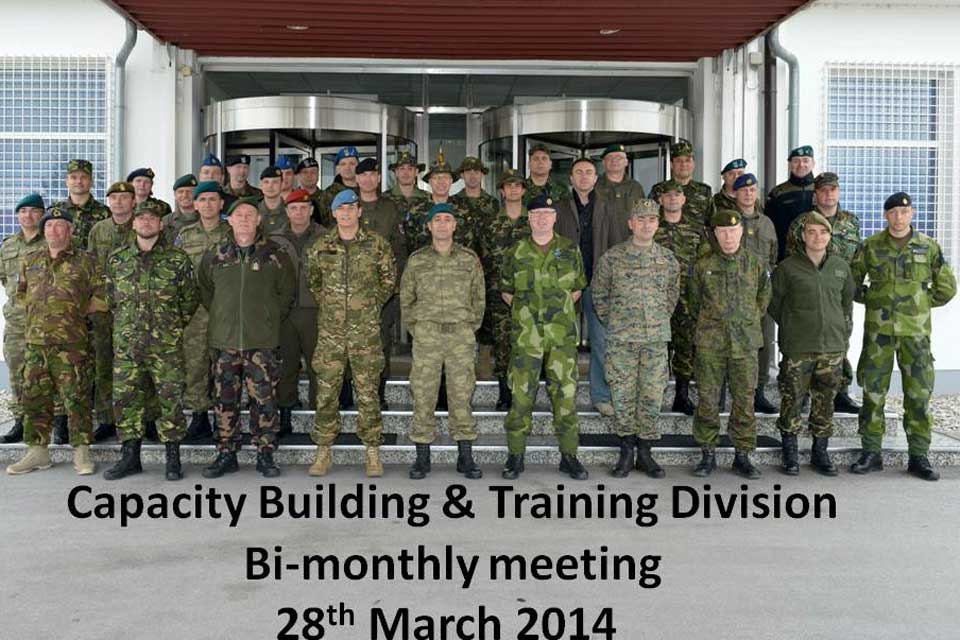 After the opening remarks by Colonel Gönel (TR Army), Deputy Chief of Staff for Capacity Building and Training (DCOS CB&T), training results and statistics of the last five years were exposed, followed by the presentations of the different Branch Heads of the Division. Information about this year’s upcoming capacity building and training events were shared with an extra focus on the “Quick Response 14” Combined Training taking place in June between AF BiH 5th Brigade and the EUFOR Intermediate Reserve Companies, in which CBTD plays a key role in the planning and evaluation process. Lieutenant Colonel Baad-Heimer (SE Army), Chief of the Training Planning and Coordination Branch, also presented the ongoing work of planning for capacity building and training for 2015 and beyond.

The AF BiH representatives expressed the current necessities and concerns in the field of training and advisory within the Joint Staff of AF BiH. An important contribution to the meeting was made by the Polish EAT, whose Commander, Lieutenant Colonel Jan Bogusz, gave a lecture on the Lessons Learned process. This bi-monthly meeting came after the “Capacity Building and Training Needs Assessment and Roadmap Agreement” meeting held on 6th March, in which the training needs of the AF BiH were assessed, in order to elaborate a roadmap for 2015 and 2016.