EUFOR support to the BiH Mine Action Strategy

BiH still has one of the most severe land mine problems in the world. This affects the economy and development of the country in many ways but especially with tourism. EUFOR is often seen as being responsible for the mine clearance in this country, but it is not. The responsibility is with the BiH authorities.
At state level, the BiH Demining Law regulates the Demining Commission, the central body responsible for the removal of mine risk in BiH within the Ministry of Civil Affairs, and its technical body is the BiH Mine Action Center (BHMAC). 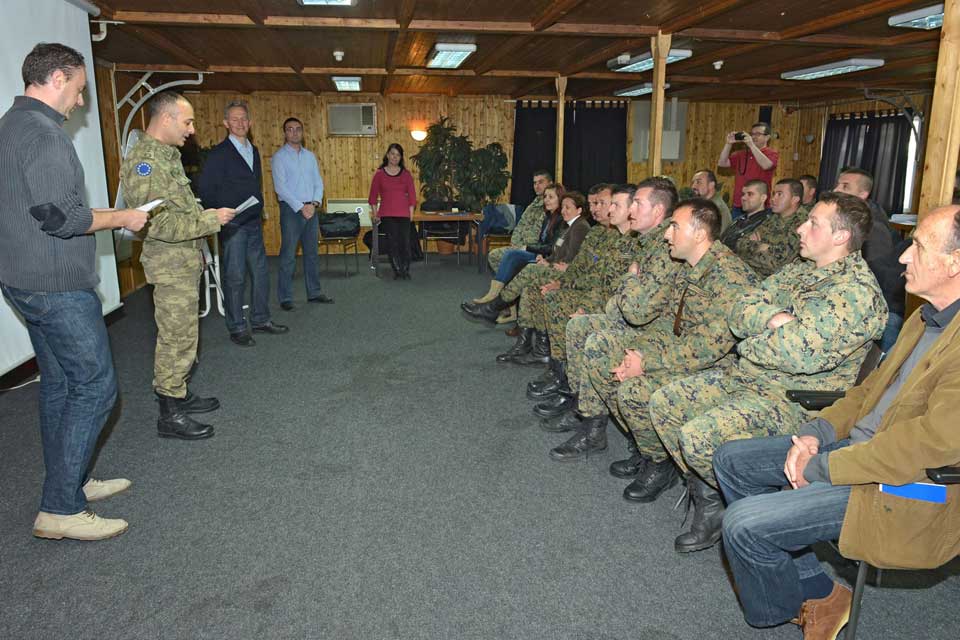 EUFOR conducts Mine Risk Education courses in cooperation with the Armed Forces of BiH, BHMAC and also with the Stop Mines and the International Commission for Missing Persons NGOs. This one week course trains Mine Risk Education instructors to inform people around BiH, and especially children and young people, about Mine Awareness. The last course was held last week in Camp Butmir with 26 participants from the Armed Forces of BiH, NGOs and EUFOR. In 2013 EUFOR trained 17,416 persons through its Mine Awareness programs and around 7,850 were trained by other agencies.