A Medal of Honour

On 3rd April 2014, the Turkish Company of the EUFOR’s Multinational Battalion has been honoured for its commitment in the theatre by holding a medal parade for its soldiers. Under the presence of COM EUFOR, General Dieter Heidecker 112 Turkish soldiers were decorated with “The European Union Common Security and Defence Policy Service Medal Operation Althea”. 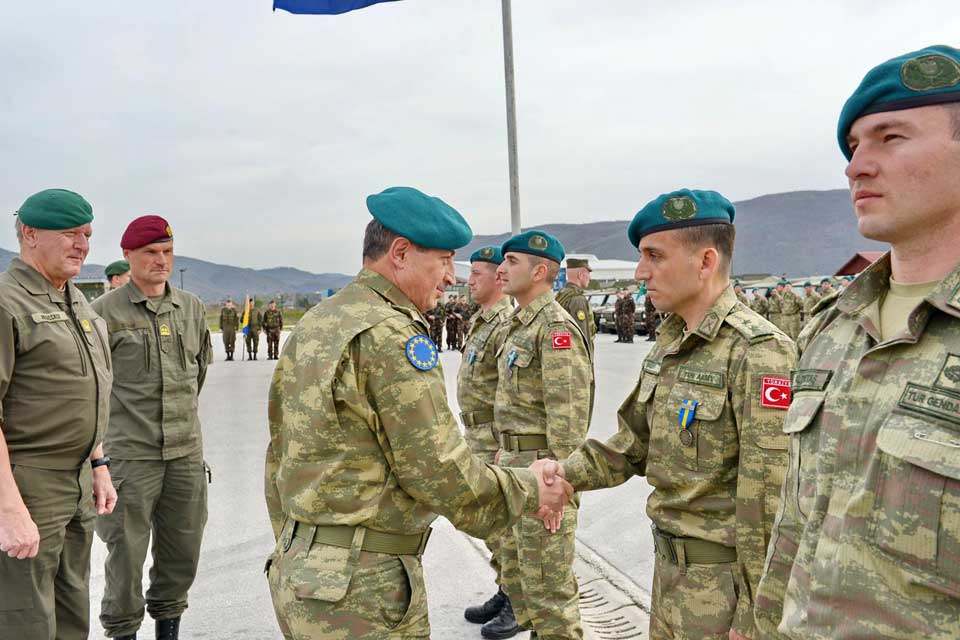 In his speech, Major General Dieter Heidecker stressed the importance of the contribution of Turkey to the success of the EUFOR mission. He articulated his appreciation for the sacrifice of the soldier’s families because of their absence and mentioned the often unseen, but even essential important support by them.

The Senior National Representative of the Turkish troops, Colonel Alptekin Tartici expressed his opinion that the participation in such a co-operation with Austrian and Hungarian soldiers within a multinational Battalion would be one of the unforgettable military experiences of his soldiers throughout their life.

Lieutenant Colonel Scharf, the commander of the Multinational Battalion, emphasized the professionalism and willingness of the Turkish company when performing force protection, reserve tasks and as being the main effort of EUFOR, doing combined trainings with the Armed Forces of Bosnia and Herzegovina. He called on the soldiers to see the medal as a visible sign for that what they have done and achieved during their time of duty in Bosnia and Herzegovina.