Gender Conference - Gender in the defence sector of BiH

On 10th March 2014, EUFOR conducted a conference titled ‘Gender in the Defence Sector’ in Camp Butmir, Sarajevo. The aim of the conference, opened by EUFOR Chief of Staff, Brigadier General András Szücs, was to discuss experiences in gender issues. 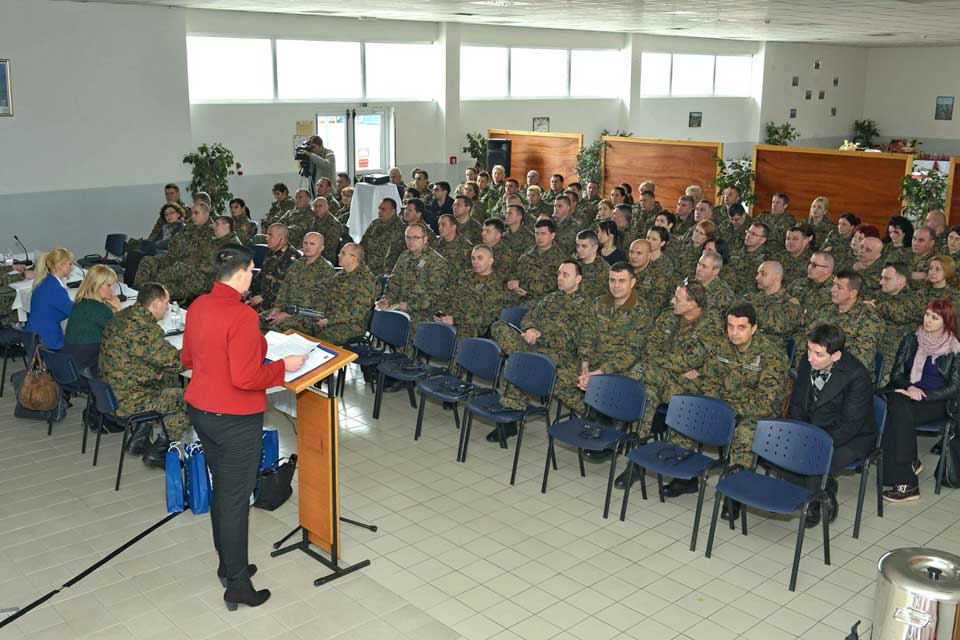 In 2012, the Armed Forces of BiH (AF BiH) started to appoint “Gender Focal Points”, and in 2013 they developed and introduced the Standard Operating Procedures (SOP) throughout the AF BiH structure. Gender Focal Points are persons in the AF BiH who advise commanders and others to assure that all soldiers are treated in the same way, regardless of their sex.

The importance of Gender Mainstreaming in the defence sector was highlighted through the presence of Major General Anto Jeleč, Chief of the Joint Staff of the AF BiH. The conference program provided information about the SOPs, the experiences of Gender Focal Points in the AF BiH, the integration of Gender in peace support training and the importance of diversity in the defence sector. In addition, it also provided information, both about the position of the EU and the promotion of Gender equality in BiH.

Gender for me is: “The right person in the right place”

During the conference, the participants learned that Gender as a concept in the defence sector has been advancing progressively. There are still challenges ahead, however, to increase awareness and gain a conceptual understanding of the issues involved. In an interview, the Commander of EUFOR, Major General Dieter Heidecker, said, ”For me it is very important to have the right person in the right place to fulfill the required tasks. This focuses on the capability of a person and not on the sex of that person. I certainly can say, that EUFOR is an employer of equal treatment. I also learned that Gender Advisors are very helpful in ensuring that issues specific to females are not neglected.”

In his closing remarks, Brigadier General Szücs thanked the organizer of the conference, Ms Nikolina Marčeta, Gender Advisor of EUFOR, and expressed his appreciation to all the participants. “It would be unforgivable not to make full use of the resources of skills, experience and knowledge of both men and women”, he said, “I am extremely pleased to see that the Ministry of Defence and the AF BiH are strongly focused on increasing their human resources asset. When it comes to uniformed females, the numbers have been rising steadily. Nevertheless, I must say that we are only at the beginning of this process.”