COS EUFOR, Brigadier General Ernő Baráth joined members of the United Kingdom element of EUFOR to pay their respects to those killed during all global conflict. 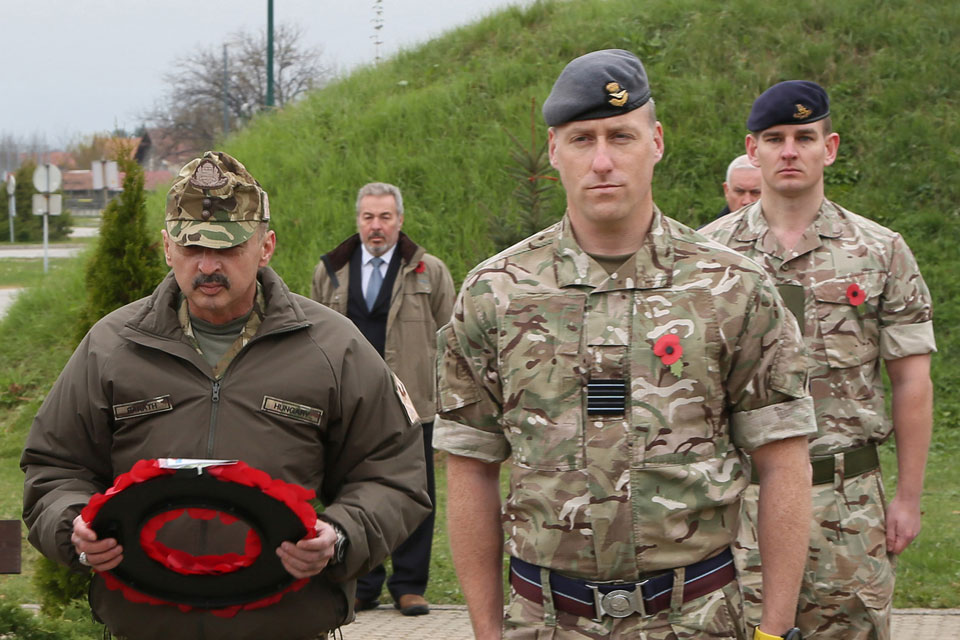 The UK contribution to EUFOR, based at Camp Butmir consists of Royal Navy, British Army and Royal Air Force who were all present to mark the occasion. The Senior UK National Representative, Wing Commander Vincent Jackson said;

“The UK has been committed to peace keeping operations within this region for many years and marking this day of Armistice here in BiH is special.”

“Today we remembered those who paid the ultimate price for the peace we have today. Although the parade numbers were necessarily reduced, the sentiment remained undiminished.”