Additional 500 tests carried out by EUFOR

A specialist team from Austria deployed to Camp Butmir last week in order to carry out the largest series of testing for EUFOR personnel so far. Arriving on Monday 20 April 2020, the team carried out testing at Camp Butmir and locations around Bosnia and Herzegovina, before departing on Friday 24 April 2020. 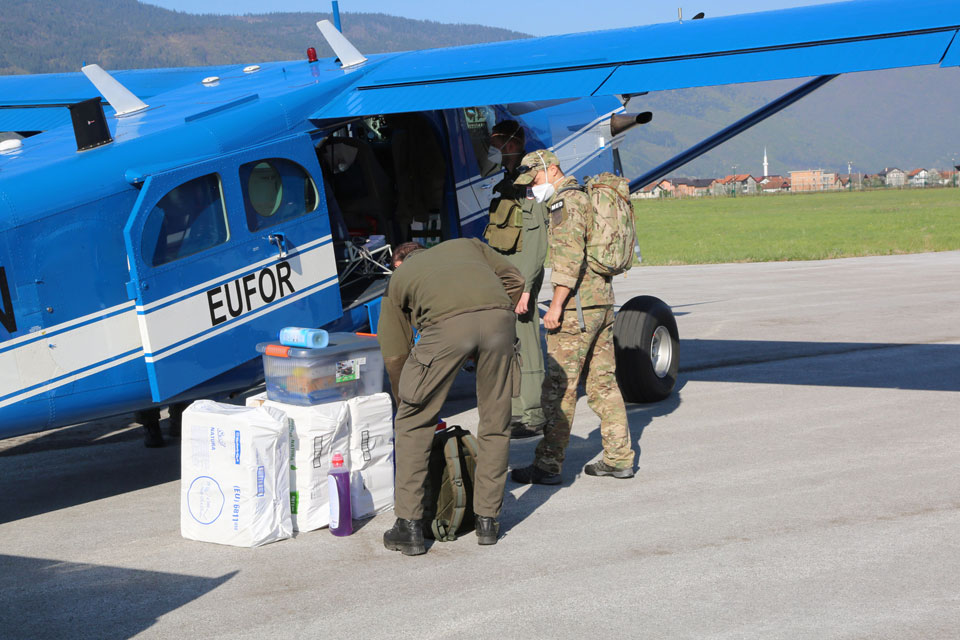 Roughly 500 civilian and military personnel were tested over the course of the week, at Camp Butmir and EUFOR facilities in Banja Luka, Tuzla and Novo Sarajevo. This makes approximately 750 in total since EUFOR began testing, covering roughly three quarters of the combined military and civilian staff of EUFOR working in BiH. All part of a range of preventative measures being employed during the pandemic for the safety of both EUFOR personnel and the local communities we work within.

Each person received both a PCR test, testing for the presence of the virus, and an antibody test, to identify if a person’s immune system has responded to the infection.

“The testing process wasn’t exactly painful,” said EUFOR Spokesperson, Lieutenant Commander Carl Perry, “but it was definitely uncomfortable! For the PCR test they basically take a cotton bud and insert it deep into your nasal passage. The antibody test was just a simple pin prick on the tip of your finger, and then it was all over.”

EUFOR was also able to offer testing to members of the Armed Forces BiH who work at Camp Butmir. Members of both the AFBiH Operational Command and the Peace Support Operations Training Centre took the opportunity to be tested.

Initial testing by EUFOR focused on the main body of EUFOR personnel at Camp Butmir in Sarajevo, both military and civilian staff, preventing infection of the base where it could have easily spread amongst a large population. The next logical step was to extend testing to our deployed elements throughout BiH, to ensure their health and safety and that of the local communities which they serve and live amongst.

The test kits that made this series of tests possible were provided by Austria, one of 20 troop contributing countries that combine to make up EUFOR. Previous tests were also provided by Slovenia and Hungary. EUFOR would like to thank these countries and all other countries that have contributed support to EUFOR during this time.