International Mine Action Day and EUFOR Mine Risk Education

Today, 4th April, is International Mine Action Day and this is especially important for BiH. It is estimated that there are still around 120,000 mines spread across 9,400 locations in BiH and this is a threat to 540,000 citizens or 15% of the population. 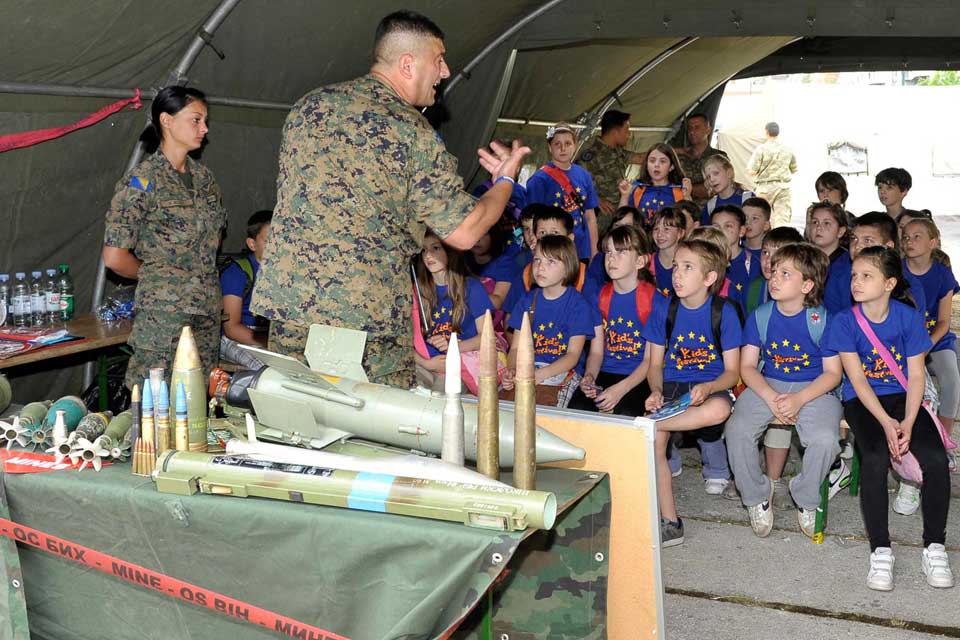 Mine Risk Education (MRE) is an “integral part of Mine Action” in the BiH Mine Action Strategy 2009-2019 and EUFOR conducts MRE to reduce the risk of landmines and Unexploded Ordnance. Since 1996 SFOR and now EUFOR MRE teams have educated over 250,000 people in BiH and since 2011, EUFOR has conducted MRE in cooperation with AF BiH instructors.

Next week, 07-11 April 14, EUFOR will conduct a MRE Instructor course to increase the number of trained MRE instructors, mainly from AF BiH as an essential part of Capacity Building of AF BiH, but also from BHMAC (BiH Mine Action Centre) and from EUFOR LOTs (Liaison and Observation Teams).
The MRE component of AF BiH demonstrates other uses for armed forces, as well as the standard participation in international peace keeping missions, and contributes to a safer and more secure environment to allow further social-economic development.