On 27 April 2020, a patrol by the Turkish company of EUFOR’s Multinational Battalion visited Foča. While in the area the patrol also visited the Scepan Polje border crossing point. 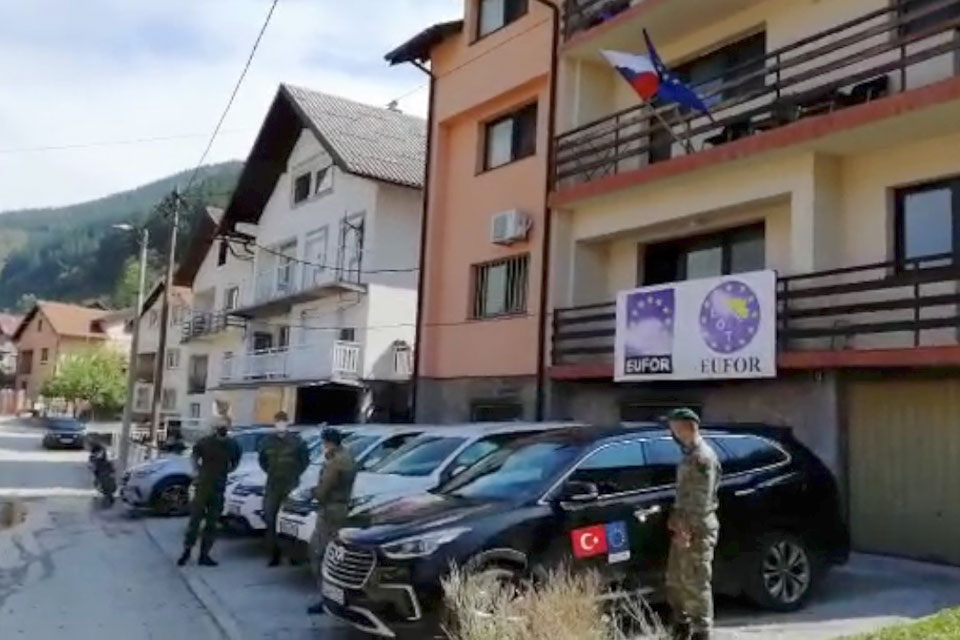 The patrol linked up with the Liaison Observation Team (LOT) House in Foča, which is manned by soldiers from Slovakia, one of 20 troop contributing countries that combine to make up EUFOR. The patrol spoke to the LOT Commander, who gave an update on the COVID-19 situation in the vicinity of Foča, as well as the migrant situation in the area. The LOT reported that cafes, restaurants are closed in accordance with authority measures and that people were acting responsibly.

The patrol took roads that passed Foča hospital, which is prepared for the pandemic, where they spoke briefly to some staff, observing the proper precautions. They spoke of a small number of cases, all in a stable condition. The patrol also visited the location of a quarantine building near the stadium area of Foča.