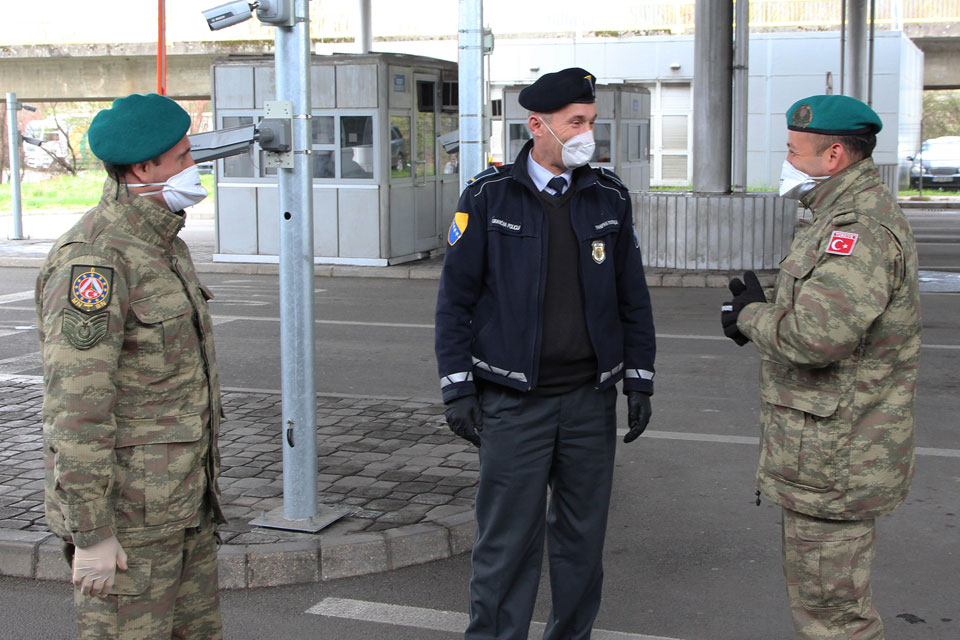 The main purpose of the patrol was to observe the situation along the border and the implementation of the crossing policy, which has been introduced by the authorities at the border points as part of preventative measures against the CORVID-19 virus. They found the situation at the crossing points to be quite calm, since casual movements no longer allowed at present.

Since 23 March 2020, there have been two quarantine tents erected in the vicinity of the Sepak border crossing point. This facility is for use in the event that a person crosses the border and is suspected of being infected by the Corona Virus. Each tent houses 18 beds with electricity and two Dixie toilets inside and a cold water connection outside. A Border Police Officer stated that the tents were for use of by all, they are not specifically for migrants, nor are they a migrant camp at border crossing points. They are guarded 24/7 by the BiH military police.

The patrol found the Border Police to be very friendly and helpful, reinforcing the high level of cooperation that exists between EUFOR and the Law Enforcement Agencies of BiH. During the patrol the measures taken by the BiH authorities to combat the CORVID-19 pandemic were noticeable, with less people on the streets and those that needed to venture outside were nearly all wearing facemasks.

Lieutenant Colonel Alfred Steingresz was very satisfied with the work of the patrol and concluded: “Once again it is very useful and necessary to take an insight in the terrain by personally seeing it and to stay in contact with the local Law Enforcement Agencies and to exchange useful information.”