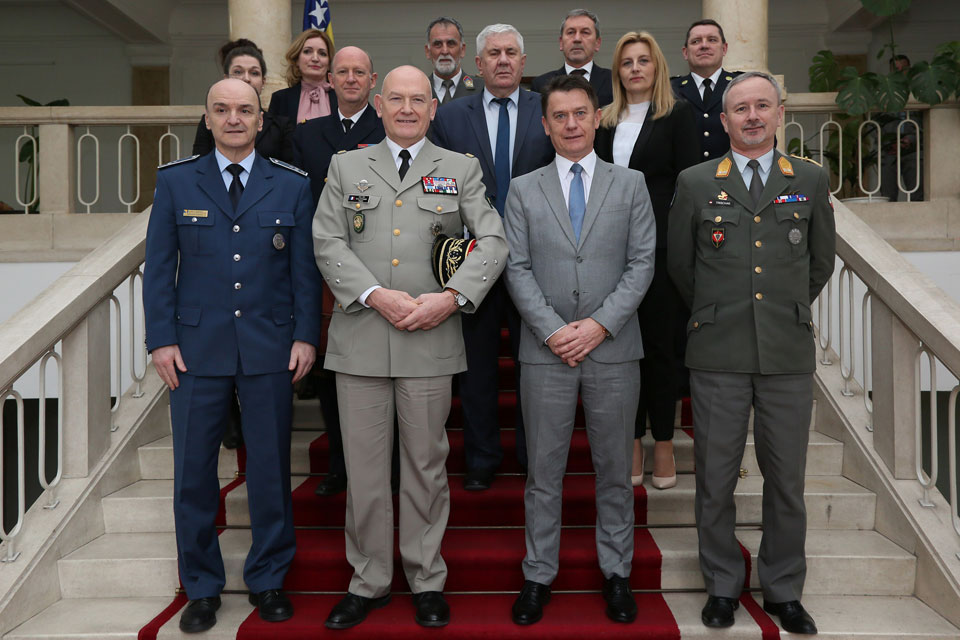 During the second day of the visit, the two Generals met with key military and political figures; the Minister of Civil Affairs of BiH, Ankica Gudeljević; the Minister of Security of BiH, Fahrudin Radončić; the Deputy Minister of Defence of BiH, Mijo Krešić, and the Armed Forces BiH Chief of the Joint Staff, Lieutenant General Senad Mašović.

The Final day of the visit will consist of a briefing from the Liaison Observation Team in Sarajevo about their work in the community and a meeting with the BiH Parliamentary Military Commissioner. Lieutenant General Rittimann and Major General Trischak will then be guests at the Commissioning Ceremony for the 6th Class of Officers commissioned into the Professional Military Service of the AF BiH.