H-COY – Hungry for the Mission

July 13 saw a new Hungarian Company join the Multinational Battalion, EUFOR’s military maneuver unit inside Bosnia and Herzegovina.
Maintaining stability in Bosnia and Herzegovina (BiH) is considered very important to the Hungarian Government and this has been demonstrated through their continued support of the EUFOR mission.  Hungarian Defence Forces (HDF) have been participating in Operation ALTHEA since 2004 as one of the main troop contributing nations. 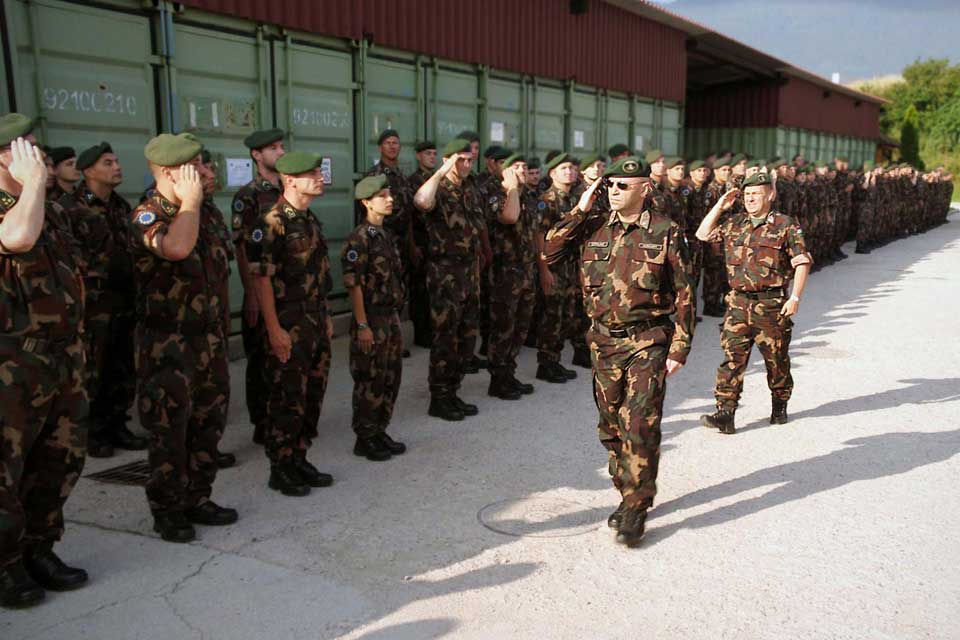 In July 2013 the 13th rotation of the Hungarian Defense Forces Contingent took place inside Camp BUTMIR in SARAJEVO. The majority of these personnel will make up the Hungarian Company (H-COY) - part of the Multinational Battalion (MNBN); while others will fulfill their role within the MNBN HQ, the Hungarian EOD team, or the Hungarian National Support Element (NSE).
Last year saw several of the new members of H-COY deploy to BiH for a 2 month period before redeploying to Hungary at the beginning of September 2012.  Since then the company was held in a state of readiness as part of the Intermediate Reserve (IR) Force.  The IR are EUFORs over the horizon forces that are able to be quickly depolyed to the Area of Operation (AOO) should they be required to support the Safe and Secure Environment in BiH.
These new soldiers who have deployed with the Hungarian Infantry Coy will stay in theatre and serve a full six month tour.  The total strength of H-COY is 99 soldiers plus a Company Command and includes two Platoons drawn from the HDF 37th “II Rákóczi Ferenc” Engineer Regiment and one Platoon from the HDF 12th “Arrabona” Air Defence Regiment.
Prior to their deployment, the unit underwent two months of training in order to be fully prepared for their role in BiH.  They will now consolidate this training in theatre, including elements of Force Protection, to reach Full Operational Capability (FOC). Once all their training is complete, the troops will participate in joint training with the Armed Forces BiH and prepare for the next Operational Rehearsal (Exercise Quick Response 2) which will run from 2-13 September 2013.
Quick Response is where EUFOR practices its ability to rapidly integrate and deploy IR companies in BiH and ensure that the Safe and Secure Environment is maintained.
The main effort for EUFOR remains unchanged; to conduct EU-led operations in BiH under the political control and strategic direction of the Political and Security Committee (PSC) under the authority of the Council of the European Union, and in line with its mandate, in order to support BiH efforts to maintain the SASE, whilst in parallel conduct capacity-building of the Armed Forces of BiH in order to contribute to the stability of the state.