Today on Mount Igman, the Hungarian Company of the Multinational Battalion were carrying out intensive military operations. 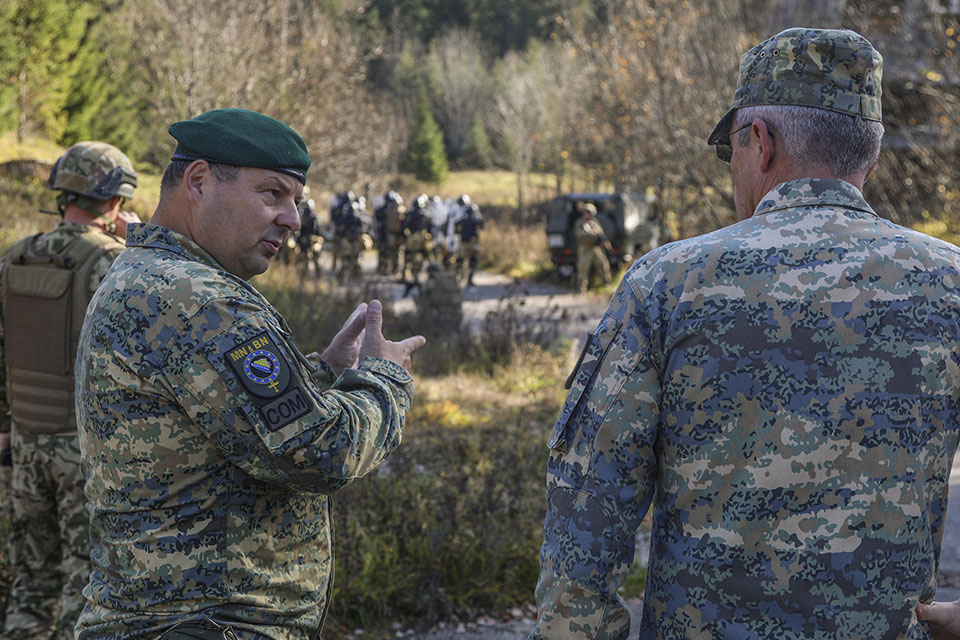 As part of the exercise scenario, the troops had to evacuate a soldier who had a head injury. A casualty evacuation was called in and medics from the joint German and Austrian medical team were flown in by an Austrian helicopter crew to extract the patient.