“Demining is in local ownership. I spoke with the Chairman of the BiH Council of Ministers extensively about the issue of the Demining Commission. In a country where still around 2 percent of the territory is contaminated with mines, a stop of demining operations means automatically putting people at risk.”

Major General Trischak assured Chair Tegeltija of the need to drive this issue forward, stressing that a political stalemate in BiH should not be a reason why demining operations are halted. The urgency in this matter lies in the fact that if no commission is appointed, BiH will have almost no demining capacity or capacity for the removal of war remnants left when the demining season starts in April. This represents a safety threat towards BiH citizens, hampers the continuation of the Mine Action Strategy and jeopardizes the execution of EU-funded demining projects worth €10 million. Bosnia and Herzegovina’s Mine Action Centre (BHMAC) would be unable to continue work with organisations not re-accredited by the Demining Commission. 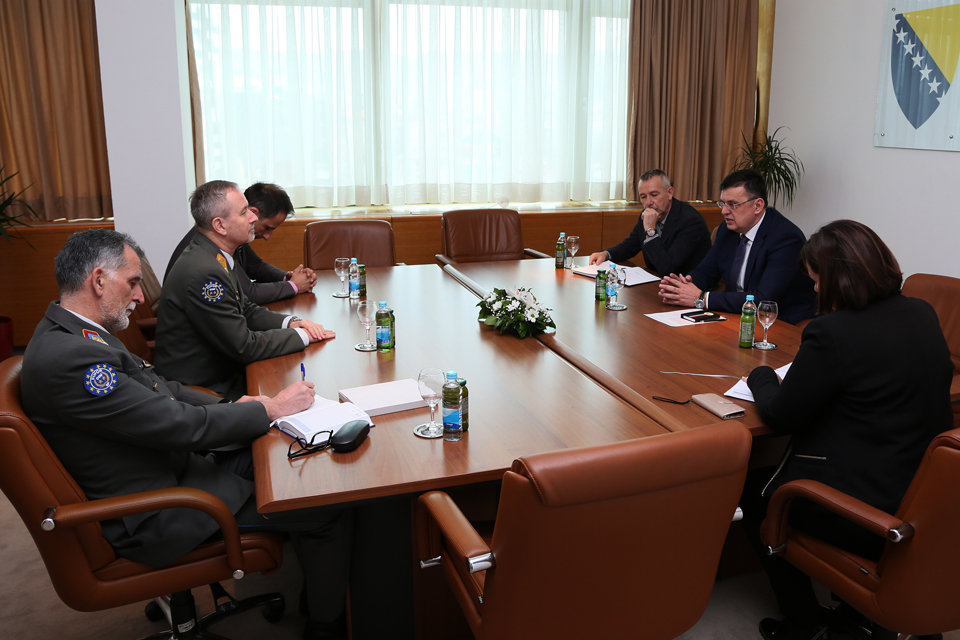 This was reiterated by Head of the EU Delegation to BiH and EU Special Representative Ambassador Johann Sattler and EUFOR Commander Major General Reinhard Trischak in a joint statement urging for the swift appointment of the new Demining Commission.