Both Generals met with COMEUFOR, Major General Martin Dorfer, and COS NATO HQ Sarajevo, Colonel Tibor Papp; additionally they paid a visit to LOT house Mostar to meet with EUFOR soldiers who work in the local communities in Bosnia and Herzegovina.

Commenting on his role as Operation Commander for EUFOR in Bosnia and Herzegovina, Lieutenant General Rittimann said: "It is a great honour to be taking over as Operation Commander from General Everard. I believe EUFOR is making significant contributions to Bosnia and Herzegovina's safe and secure environment, which is such a vital part of the country's path towards EU integration".

The Operation Commander and the Director General of the EU MS attended office calls with the EU’s Special Representative to Bosnia and Herzegovina, Ambassador Lars-Gunnar Wigemark, Chief of the Joint Staff of the Armed Forces BiH, Lieutenant General Senad Mašović, and also with Minister of Defence of BiH, Ms. Marina Pendeš, on Tuesday 2 April.

After the meeting with Minister of Defence Pendeš, Lieutenant General Rittimann said: "EUFOR and the Armed Forces of Bosnia and Herzegovina have a built a strong relationship. The AFBiH are eager to participate in combined and collective training with EUFOR exercises. EUFOR are committed to supporting the AFBiH as they continue in their work on surplus weapon and ammunition disposal, and demining tasks". 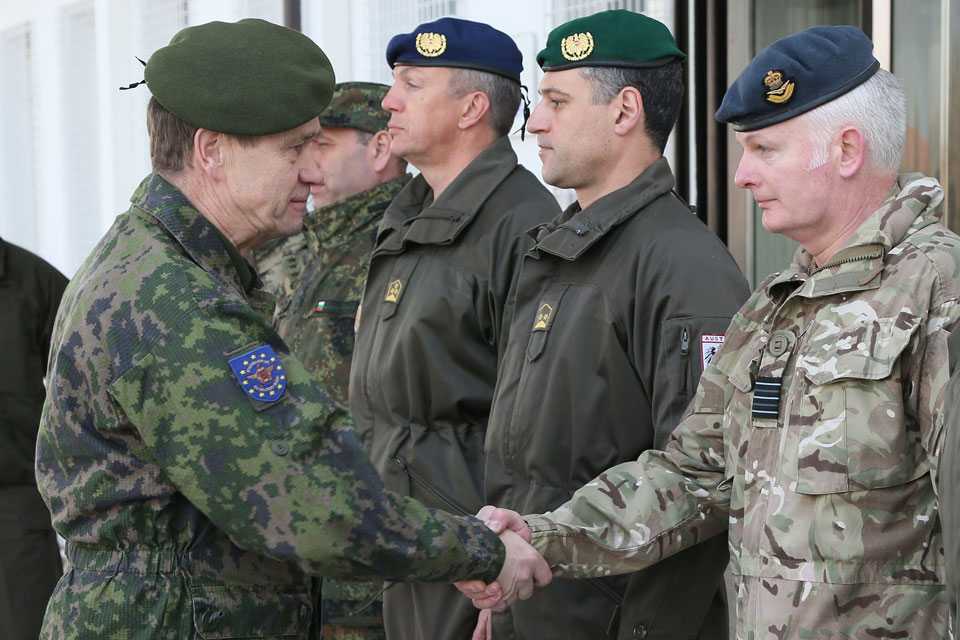