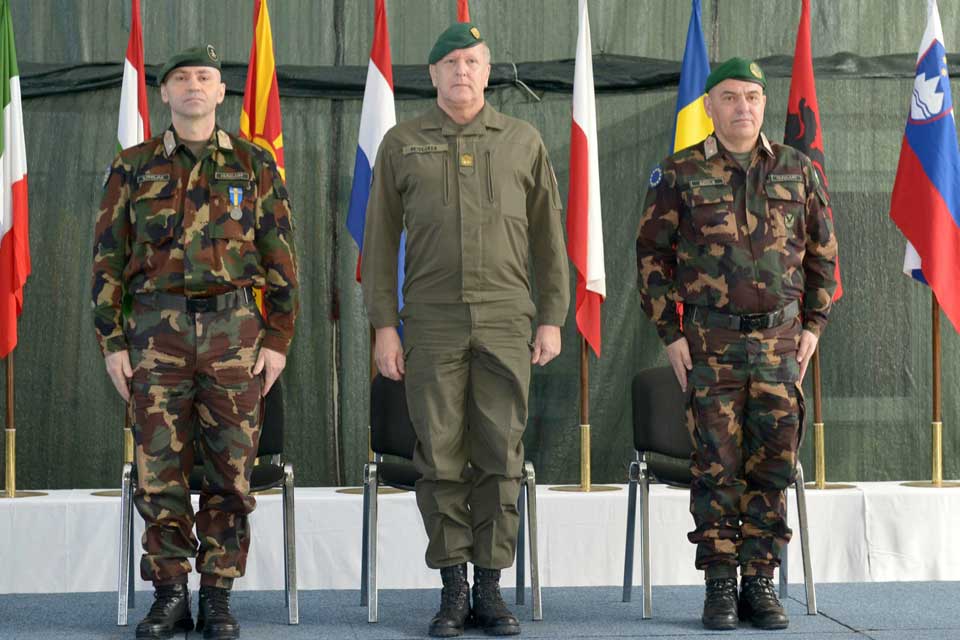 Brigadier General Szpisják said that he would be sorry to leave BiH and that when he arrived a year ago, he found a mission tailored EUFOR HQ with motivated well trained officers, NCOs and civilians, serving under an excellent commander, Major General Dieter Heidecker.

Regarding NATO HQ Sarajevo, BG Szpisják said:
“Supporting BiH and her Armed Forces were the mutual tasks of EUFOR and NATO and I thank NATO’s Brigadier General Hart and his team for their friendship too.”

BG Szpisják also thanked Major General Jeleć and his team, from the Armed Forces, and the Law Enforcement Agencies of BiH:
“I am very honoured and proud to have met and worked with you and AF BiH during my time here – sometimes I felt like one of the 13 Generals here in BiH. Also, the Law Enforcement Agencies have provided vital support throughout our activities, especially for our Op Rehearsal exercises.”

Finally, BG Szpisják thanked the International Community. He said:
“The OHR, UNDP, EUSR, OSCE, ICITAP and the Defence Attaché corps are all contributing to the success of EUFOR.” 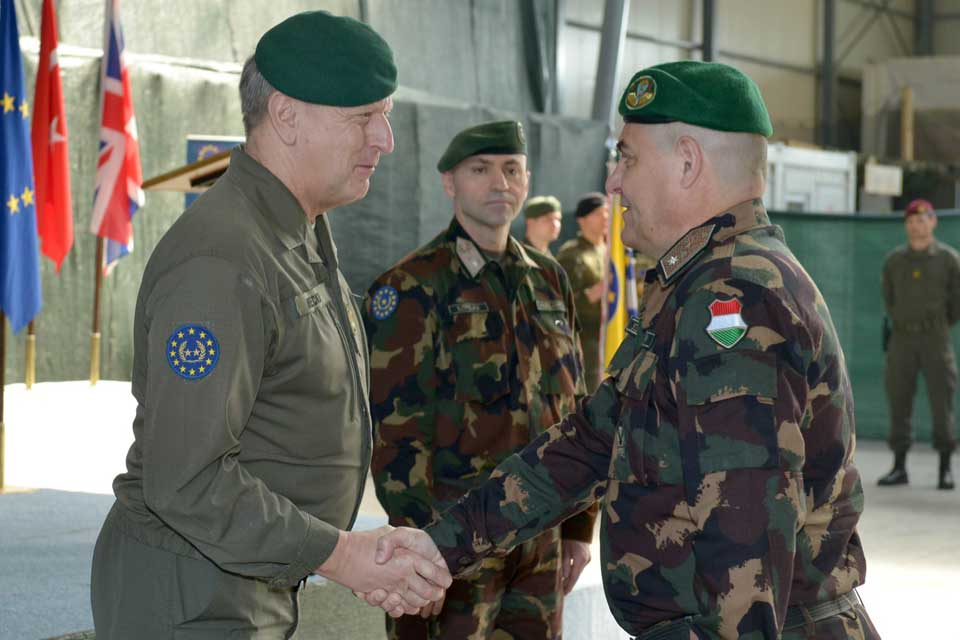 The Commander of EUFOR (COM EUFOR), Major General Dieter Heidecker thanked BG Szpisják for his year of service with EUFOR and said:
“I wish to thank you and your family for your sacrifice. You needed to overcome difficult issues, such as the inevitable differences in languages, culture and operating methods, which can be a source of unnecessary friction. You demonstrated excellent leadership by your own personal example and you have also been direct and uncompromising when necessary to get the job done.”